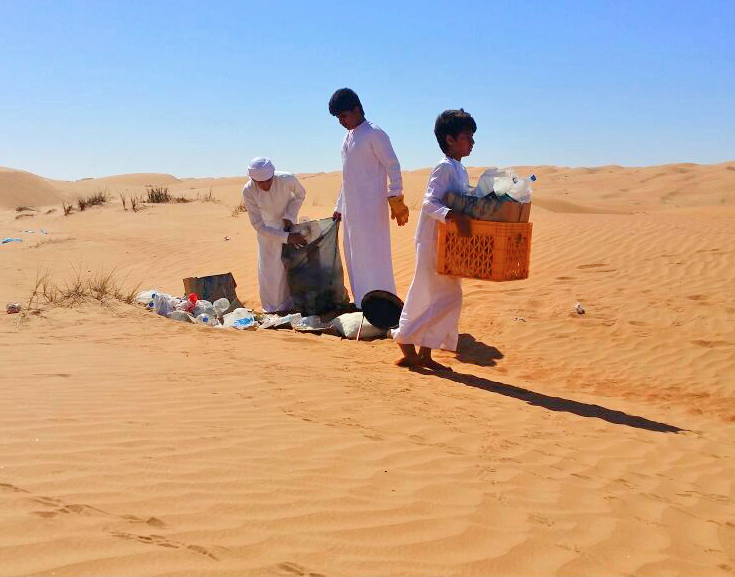 Muscat – The Ministry of Heritage and Tourism, in cooperation with Oman Chamber of Commerce and Industry, will kick off a voluntary clean-up campaign in North Sharqiyah governorate on December 2 to spread awareness on the importance of keeping tourist sites clean.

The volunteers will gather on December 2 to receive instructions and be presented gifts for participating in the activity. “The cleaning campaign will be held on December 3 from 5am to 5.30pm,” said Badawi.

The clean-up campaign will be conducted in tourist camps in Shagat al Rakah, Shagat al Yarisiyah, Shagat al Jawfa, Shagat al Amaia, Shagat al Safa, and Shagat Shabak in Sharqiyah Sands. “We chose this particular time as these places witnessed a big turnout of visitors during the 51st National Day holiday. Unfortunately, some visitors left behind a lot of trash, polluting the environment,” Badawi said.

Besides raising awareness on the importance of cleanliness at tourist sites, the campaign aims to enhance cooperation between all government and private sectors, and preserve the sultanate’s natural beauty in order to attract more tourists. “Participation is open to citizens and residents. We call on people to preserve Oman’s environment and commit to putting trash in waste bins.”

Badawi informed that the Ministry of Heritage and Tourism will continue to organise volunteer campaigns to spread awareness of the importance of preserving tourist sites in North Sharqiyah in the wilayats of Bani Khalid, Dima Wa al Taien, Ibra and Mudhabi, among others.

In December 2019, the Minister of Tourism issued a decision (No 75/2019) declaring three locations in Sharqiyah Sands as tourist areas.