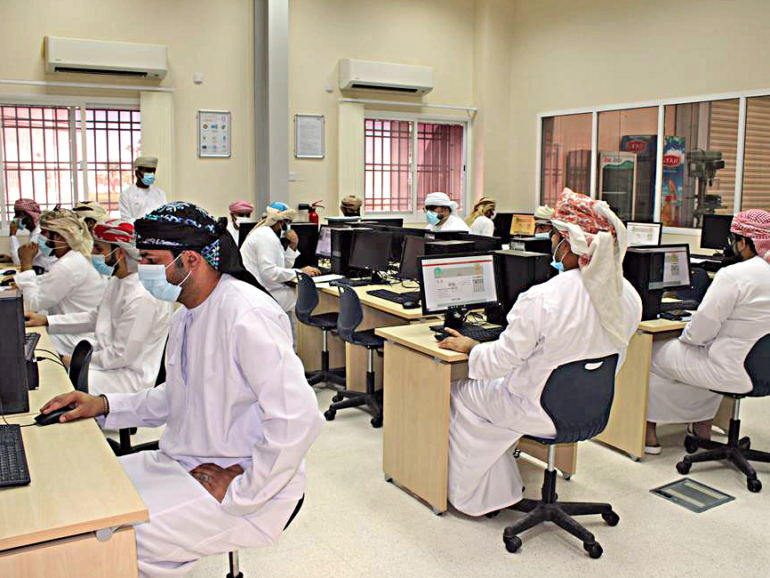 Muscat – The sultanate has witnessed a phenomenal jump in annual employment of citizens. Over 35,000 Omanis have been employed this year. From 5,000-6,000 jobs annually earlier, the Ministry of Labour (MoL) has been successful in creating 35,344 positions in public and private sectors till September 2021.

He informed that around 90,000 citizens sat for recruitment tests for the first time this year, while the number of aspirants who received job security grants was 9,500.

In an interview with Oman TV, H E Dr Ba’owain said that about 16,000 citizens submitted applications for the latest jobs in November. There were close to 20,000 replacement opportunities in sectors affiliated to the civil services, a good number of which have been replaced this year. “There still are about 13,000 opportunities open as these require training for a longer period due to the specialisation of these jobs,” he said.

He informed that in the recent past, MoL negotiated with several establishments to prevent layoffs. “As a result, around 45,000 Omani workers employed at different establishments were able to keep their jobs.”

About reforms, he said that the Social Protection System, Labour Law, and the Public Service Law are expected to be completed next year.
On the issue of higher fees to recruit expatriate workers, H E Dr Ba’owain said it is one of the most important measures to liberalise the market and that employers have the option of employing Omani or expatriates.

He stressed that recruitment fees have not been raised for all categories of workers, only in specific professions with high salaries. “Whoever can pay a high salary can also pay the fees that will be used to train and qualify Omani jobseekers.”