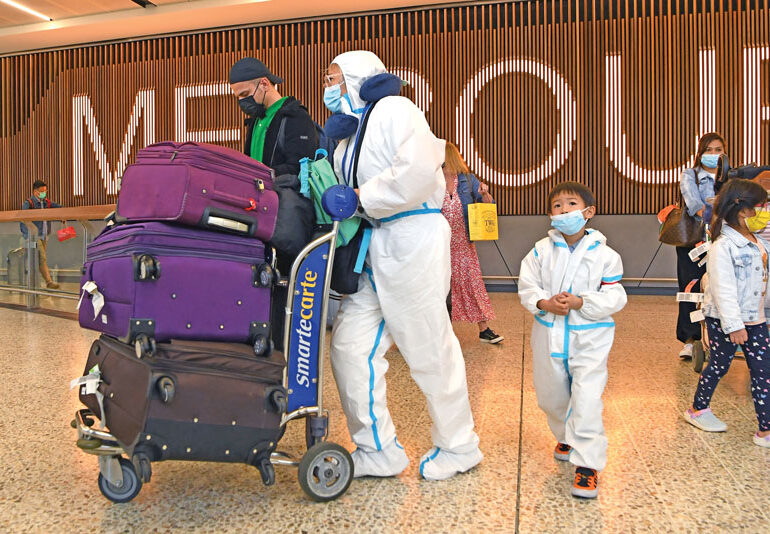 If another surge of COVID-19 takes place driven by Omicron, consequences may be severe: WHO

Berlin, Germany – The new COVID variant Omicron is highly transmissible and requires ‘urgent action’, G7 health ministers said on Monday, praising South Africa’s ‘exemplary work’ for both detecting the strain and alerting others to it.

‘The global community is faced with the threat of a new, at a first evaluation, highly transmissible variant of COVID-19, which requires urgent action,’ the health ministers said in a statement following an emergency meeting.
Underlining the ‘strategic relevance of ensuring access to vaccines’, they pledged to hold to their donation commitments, as well as to provide support to research and development.
At the same time, they will tackle ‘vaccine misinformation’, something that has in parts of the world led to resistance against inoculation.

A new meeting will be held in December, they said, committing to work closely together with the World Health Organization (WHO) and international partners to share information on Omicron.
Scientists in South Africa said they had last week detected the new variant with at least 10 mutations, compared with three for Beta or two for Delta – the strain that hit the global recovery and sent millions worldwide back into lockdown.

The Omicron discovery has sparked a frenzy of travel restrictions across the world.
A growing list of countries have already imposed travel curbs on southern Africa, including key travel hub Qatar, the United States, Britain, Indonesia, Saudi Arabia, Kuwait and the Netherlands.

Australia on Monday halted a plan to relax border restrictions imposed last year to fight the COVID pandemic.
Australia, which has already confirmed five cases of Omicron, was set to relax restrictions on skilled workers and students from Wednesday in a boon to industries suffering labour shortages under one of the world’s toughest border regimes. But Prime Minister Scott Morrison announced a two-week delay on the plan to allow Australia to gather information on the new variant, following announcements from Japan and Israel of bans on foreign travellers.

A Madrid hospital said on Monday it had detected Spain’s first case of the Omicron strain. ‘The microbiology service of the Gregorio Maranon Hospital in Madrid announces the first confirmation of the Omicron variant in Spain,’ the hospital tweeted.

The WHO said the overall risk from Omicron was ‘very high’ and warned that any major surge would put pressure on health systems and cause more deaths.
Many governments, particularly in western Europe, are already struggling with rapid rises in cases and have reintroduced mandatory mask-wearing, social-distancing measures, curfews or lockdowns – leaving high street businesses fearing another grim Christmas.

The first confirmed case of the Omicron variant was in South Africa on November 9, with infections spreading rapidly in the country – although no deaths have yet been reported, according to the WHO.
It warned however that ‘if another major surge of COVID-19 takes place driven by Omicron, consequences may be severe’.

That irritated South African officials who said they were being ‘punished’ for identifying a strain that has now been detected everywhere from the Netherlands to the UK, Canada to Hong Kong.
The WHO’s Africa branch said barring travellers from the continent ‘attacks global solidarity’, and Malawi’s President Lazarus Chakwera accused Western countries of ‘Afrophobia’.

Underlining the difficulties of containing the spread, Austria and Scotland, which both have flight bans in place from several African countries, confirmed their first cases of Omicron on Monday. Nevertheless, Japan joined a growing list of countries reimposing tough border controls, barring all new foreign arrivals. The Philippines also said it would temporarily suspend plans to allow in fully vaccinated tourists.
It remains unclear how infectious Omicron is and how resistant it could be to vaccines.

The WHO’s latest technical update called it a ‘highly divergent variant with a high number of mutations’, warning that some of these mutations might be associated with easier
transmission and may have the potential to dodge protections including vaccination – though this is yet to be demonstrated.