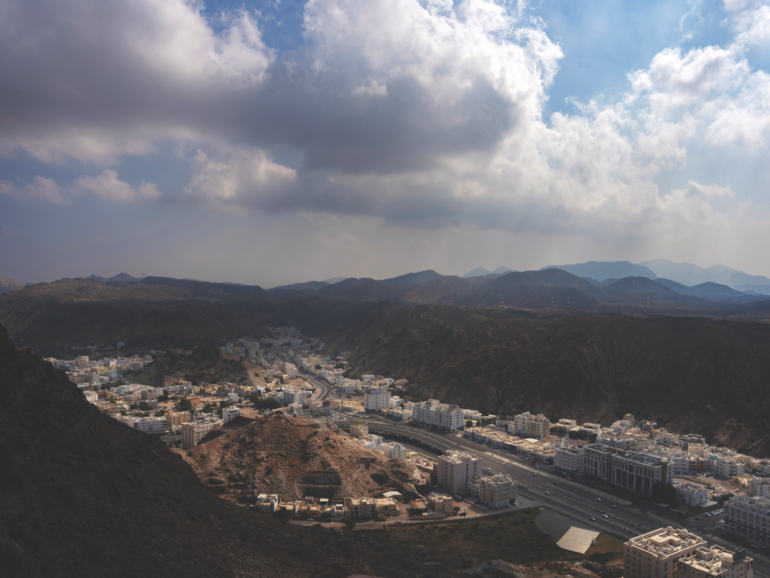 Muscat – A low-pressure trough began to form on Monday disturbing the weather condition in the northern parts of Oman. The inclement weather due to the low pressure is expected to continue till Wednesday, according to the Civil Aviation Authority (CAA).

On Monday, the weather was cloudy with occasional thundershowers witnessed in the governorates of Musandam, North Batinah, South Batinah, Muscat and South Sharqiyah, in addition to the Hajar Mountains and adjacent areas.

‘There is continuation of intensification and activity of clouds over Musandam governorate and on the coasts along the Sea of Oman (North and South Batinah and Muscat) with chances of rain later,’ the Directorate General of Meteorology stated on Monday.

Additionally, a weather report issued by CAA based on an analysis by the National Multi Hazard Early Warning Centre also indicated a trough of low pressure affecting the sultanate from Monday to Wednesday.

‘The weather will be cloudy with chances of rain, occasional thundershowers, wind, hail and flash floods. Sea conditions will be moderate along most of the sultanate’s coasts with waves of up to 2m,’ CAA stated.

Younis al Shezawi, a meteorologist at the Civil Aviation Authority, said that the actual impact of the low pressure began on Monday morning on Musandam.

“The weather disturbance will impact the governorates of Dakhliyah, South Sharqiyah, Muscat and the Hajar mountains on Tuesday, further extending to Wednesday, with isolated rainfall in the range of 30mm and 70mm,” he said.

On Wednesday, the skies over the northern governorates will be mostly cloudy with chances of rain, occasional thundershowers, fresh winds and hail, and clear over the rest of the sultanate. Low-level clouds or fog patches are predicted over parts of Buraimi, Dhahirah, South Sharqiyah, Al Wusta governorates and the coast along the Sea of Oman.