Salute for leading the way to security, stability and prosperity 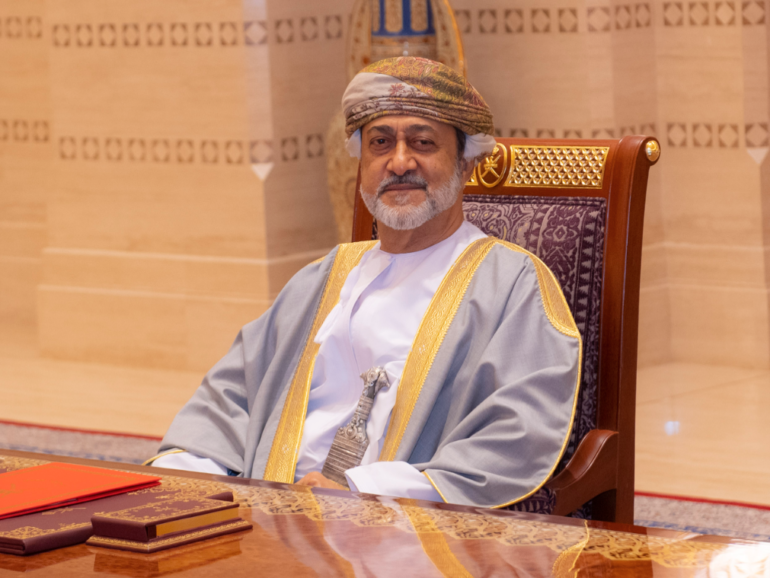 Muscat – Since His Majesty Sultan Haitham bin Tarik assumed the reins of power on January 11, 2020, he has made every effort to elevate further the towering edifice of Oman. He is focused on promoting the living standards and enriching the lives of his people, and engaging citizens in nation building to ensure development, progress and prosperity.

In his historic speech on February 23, 2020, His Majesty Sultan Haitham laid down solid principles that outline the features of the forthcoming important stage in the country’s comprehensive march of growth, his focus being the youth of the nation who represent its present force and future aspiration.

Guided by the directives of His Majesty Sultan Haitham, the sultanate embarked on realising Oman Vision 2040, which began to be implemented with effect from 2021. The vision embodies the aspirations of the Omani people for a brighter future.

When His Majesty Sultan Haitham bin Tarik came to power, he issued a number of Royal Decrees to improve governance and lay down the foundations for financial sustainability in the sultanate. Apart from the Royal Decrees, His Majesty the Sultan’s Royal Directives and Orders will further strengthen rules and regulations, and several new initiatives announced will help in the development of the country and welfare of its people.

The decrees include reconstitution of the Council of Ministers, and establishment, merger and renaming of ministries. The decrees merged ten ministries into five and reconstituted five councils as part of efforts to restructure the state’s administrative apparatus, and to move towards the goals set by Oman Vision 2040.

The mergers were instrumental in avoiding duplication of specialisations and organising sectors with clear objectives as well as fixing responsibilities for each sector to work towards the objectives of Oman Vision 2040.

Despite adverse international conditions posed by challenges of low oil prices and the COVID-19 pandemic, the prudent procedures and measures announced by His Majesty the Sultan will help Oman tide over the current difficulties and continue its triumphant march.

The sultanate takes pride in the development, prosperity, security and stability it has achieved, thanks and praise be to the Almighty Allah. The Basic State of Law has come to its prime, based on principles of freedom, equality of opportunities, and justice and dignity of individuals, whose rights and liberties are guaranteed by the law, including the freedom of expression.

Partnership between citizens and the government in shaping the present and future of the country is considered a basic pillar in the national action over the next stage of development on which the country pins its hopes, a fact clearly stated by His Majesty Sultan Haitham bin Tarik.