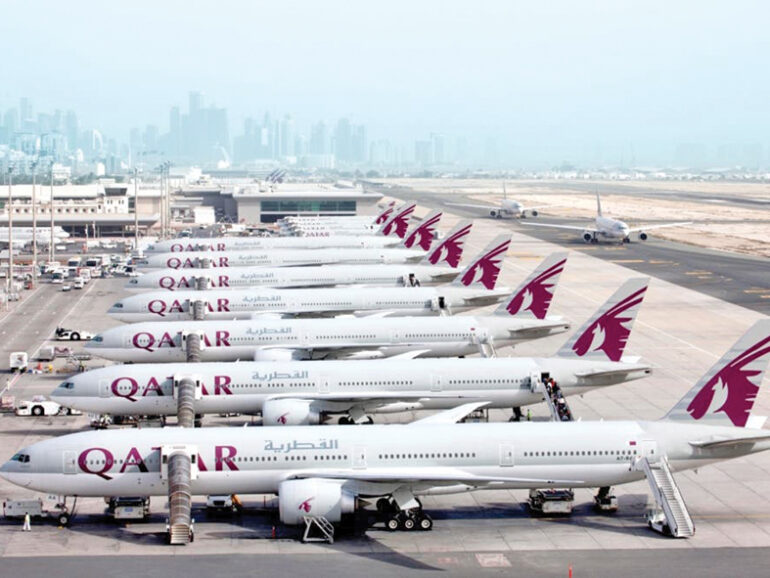 Brisbane – One of the women pulled off a plane at Doha airport and forced to undergo an invasive gynaecological search told AFP on Wednesday that she feels ‘disrespected and disregarded’ by Qatari authorities and is still ‘terrified’ of travelling a year later.

The French woman in her fifties, who asked not to be named, was among a group who were subjected to intrusive examinations in October 2020 as authorities tried to identify the mother of a newborn abandoned in an airport bathroom.

Seven women are now launching legal action against Qatar Airways and Qatari authorities, seeking redress for an ordeal that sparked condemnation and global attention ahead of the country hosting the 2022 World Cup.

The woman said she remained ‘absolutely terrified’ at the thought of travelling again.

“I don’t think that there’s been a single day when I haven’t thought about it,” she told AFP. “It’s still very much present in my mind.”

She was among a group of female passengers escorted off a Sydney-bound plane late at night without explanation.

The woman said she grew increasingly nervous as they were led through Hamad International Airport and split into smaller groups, before being taken to the tarmac where armed officers stood near several parked ambulances.

“It was intimidating because there were a lot of policemen around and they all [had] heavy guns,” she said.

Finally, an official told the assembled women they would be checked to see if one of them was the mother, sending her into ‘panic mode’ at the thought of the gynaecological examination.

“I didn’t feel, and I think that none of the women felt, that we had a choice,” she said.

“They didn’t ask for consent, they didn’t say ‘You have a right to say no’… They just said you do that, and then you go back to the plane.”

Women on ten Qatar Airways flights from Doha were subjected to the searches, including citizens of France, New Zealand and Australia, where the legal case is now being brought.

The woman, who was travelling alone, said the experience was ‘traumatic’ and left the affected passengers in shock.

The country’s Prime Minister issued a public apology, while an airport police officer who oversaw the searches was reportedly convicted.

But the woman said she had not been contacted by the airline, airport or Qatari authorities in the wake of the incident, while fellow passengers had been similarly ignored.

Qatar Airways directed AFP’s requests for comment to the Qatari government, while the country’s embassy in Canberra did not respond.

The woman said she wanted a personal, written apology as well as compensation and evidence that Doha airport had overhauled its processes.

“We don’t want retaliation, but we want to be acknowledged. Because so far we feel we’ve been disrespected and disregarded and we want someone to be accountable for that,” she said.

Qatari officials said apologies had been conveyed through direct channels with Australia, while training was rolled out to airport staff to ensure the incident was not repeated.

The woman said she hoped the lawsuit would help bring her closure, and protect other travellers transiting through Qatar in the future.

“I would like women to know, especially women travelling on their own, that they have to make decisions about the best companies to use and the best routes to use, because there are parts of the world that I wouldn’t advise them to go,” she said.

Qatar is an ultra-conservative Muslim monarchy, where sex and childbirth outside of marriage are punishable by jail.

Ahead of the 2022 World Cup, the country has struggled to reassure critics that its promises on women’s rights, labour relations and democracy are credible.