His Majesty to preside over National Day military parade 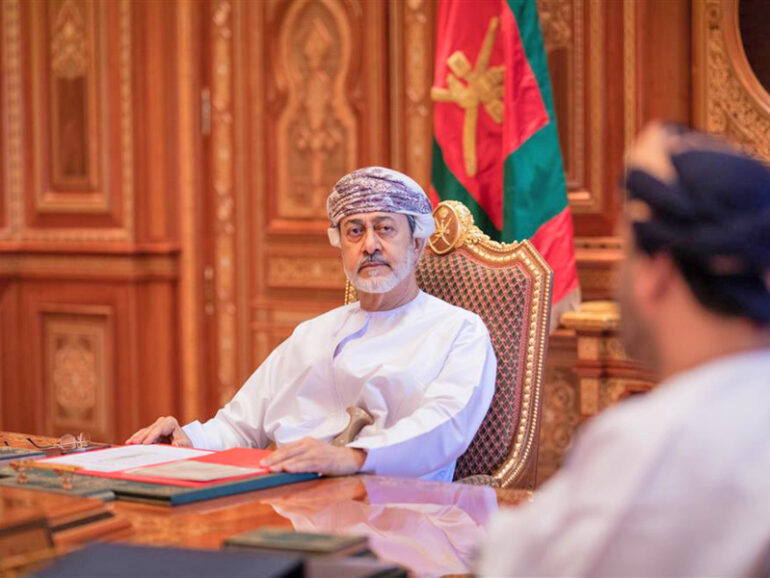 Muscat – His Majesty Sultan Haitham bin Tarik, the Supreme Commander, will preside over a military parade on Thursday, to be staged at the military parade ground of Al Murtafaa Camp on the occasion of the 51st National Day.

In his message Sayyid Fahd said that the Council of Ministers is honoured to greet His Majesty the Sultan on the auspicious occasion, and prayed to the Almighty Allah to endow His Majesty with divine assistance to achieve further progress and prosperity for Oman.

“The Sultanate of Oman takes pride in the comprehensive renaissance it accomplished over the past five decades. It has become a modern state established on solid foundations. The country’s leadership strives to provide a decent life for citizens in a society governed by principles of equality in rights and duties.

“The Council of Ministers will continue to exert efforts to carry forward the flag of development and modernisation in all walks of life. Oman will remain an oasis of bounty, progress and prosperity.

“We, at the Council of Ministers, pray to the Almighty Allah that this glorious occasion returns over and over again and finds Your Majesty in full health and happiness,” Sayyid Fahd said.

In his message, Sayyid Shihab said he and the valiant Armed Forces and personnel of the Ministry of Defence express sincerest greetings and pray that the Almighty Allah guards His Majesty under His divine care, blesses him with good health, happiness and a long life and bestows the bounties of prosperity, peace and stability on our dear homeland, Oman.

“Inspired by Your Majesty’s farsighted thought, the march of progress presses ahead with firm resolve to attain its noble goals in all spheres in contemplation of a brilliant future based on the pillars of Oman Vision 2040.

“The personnel of your Armed Forces are also honoured to take the lead in providing all types of support to other sectors of the state. This was evident as the Armed Forces spearheaded national action in the aftermath of the tropical cyclone Shaheen.

“The personnel of the victorious Armed Forces hereby renew the pledge of loyalty and allegiance to Your Majesty and to dear Oman under Your Majesty’s wise leadership. They are steadfast in their oath of ‘Faith in Allah, Allegiance to the Sultan, Defence of the Nation’,” Sayyid Shihab said in his greetings.