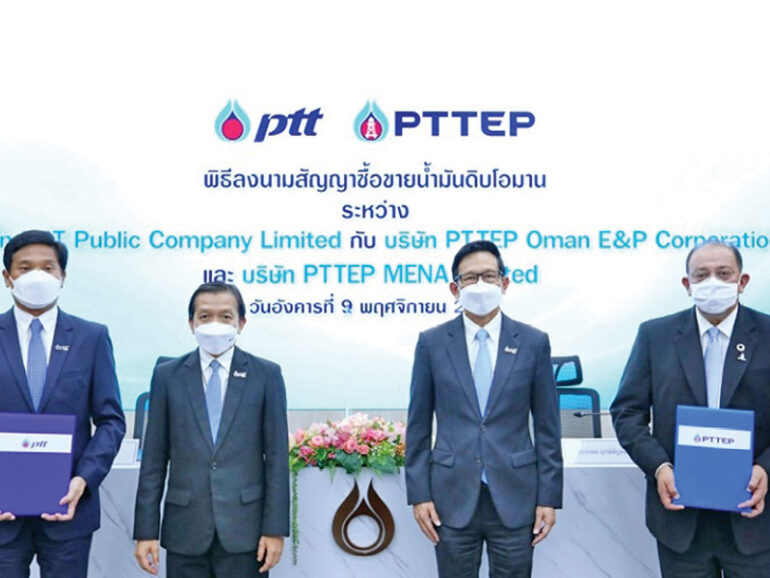 Muscat – Thailand’s state-owned energy company PTT has signed an agreement to purchase 5mn barrels of Oman crude oil during the first half of next year.

In a statement, PTT said its international trading business unit has signed the sale and purchase agreement with PTTEP Oman E&P Corporation and PTTEP MENA Limited for a total 5mn barrels of Oman crude oil delivery from January to June 2022.

Panyarachun said Oman crude is widely recognised as one of the most important crude benchmarks in the world.

He said, “PTT’s International Trading Business Unit wins the sale and purchase agreement with PTTEP Oman E&P Corporation and PTTEP MENA Limited for the total of 5mn barrels of Oman crude oil delivery from January till June 2022. This Oman crude will provide further trading opportunities, including out-out trading, and profits to the company and Thailand.”

Earlier this year in February 2021, PTTEP further acquired 20 per cent in Block 61 of Oman through PTTEP MENA Limited (a subsidiary of PTTEP) which adds on condensate production volume around 65,000 barrels per day.