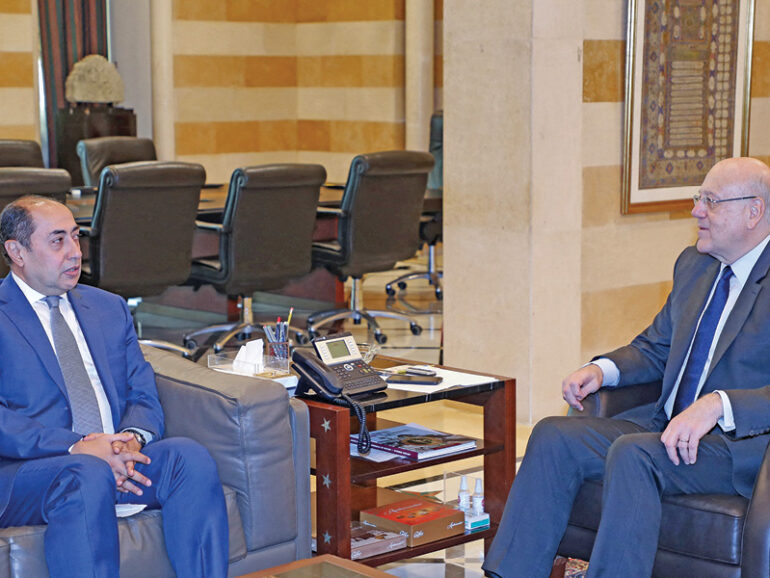 Beirut – The Arab League on Monday backed the resignation of Lebanon’s Information Minister whose comments on the Yemen war sparked a damaging diplomatic row with Gulf States.

“From the very beginning, the resignation could have defused the crisis,” the League’s assistant secretary general, Hossam Zaki told a news conference in Beirut.

“We need stronger confirmation that this step could still happen,” he said following talks with parliament speaker Nabih Berri.

The diplomatic rift, which threatens to plunge Lebanon deeper into meltdown, prompted Saudi Arabia and some of its allies to recall ambassadors and block imports from Lebanon.

Import restrictions are a further blow to a country where a weak government is struggling to secure international aid, namely from wealthy Arab neighbours.

The dispute was triggered by comments made by Kordahi in an interview taped in August before he became Information Minister and broadcast in late October.

Kordahi characterised the Saudi-led intervention in Yemen since 2015 as an ‘external aggression’, sparking rebukes from Saudi Arabia, Bahrain, Kuwait and the United Arab Emirates.

The diplomatic rift has prompted calls for the resignation of Kordahi, an ally of the powerful Shiite movement Hezbollah.

Hezbollah, which is backed by Riyadh’s arch rival Iran, has opposed calls for Kordahi’s resignation, saying he did nothing wrong.

And Hezbollah deputy chief Naim Qassem went further on Sunday saying it was up to Saudi Arabia to ‘apologise’.

Kordahi has said stepping down was out of the question.