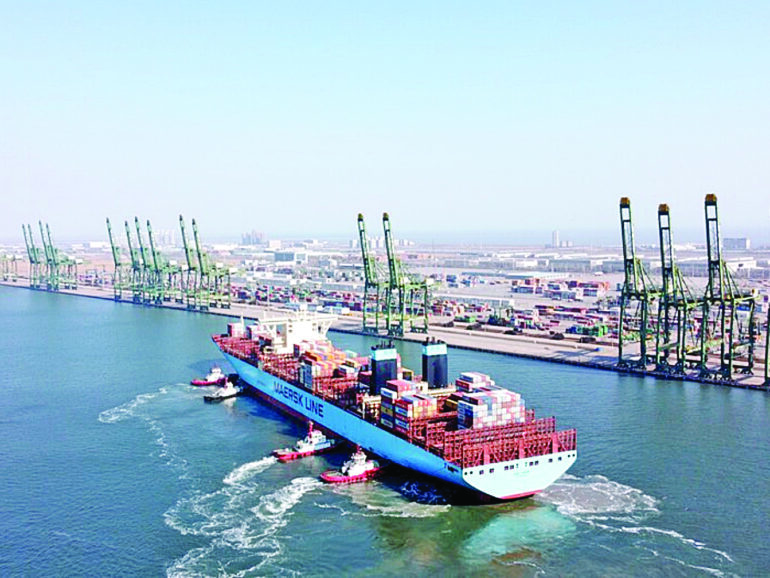 Joining the World Trade Organization (WTO) in 2001 has become a watershed event in China’s development, not just in terms of the phenomenal changes happening within China, but also its interaction with the rest of the world, in particular the global spillovers of its economic expansion.
Contributing nearly 30 per cent on average to world economic growth over the past 20 years, China now boasts the largest middle-income population in the world and is a major trade partner for over 120 countries and regions, and the largest trade partner of the European Union and the Association of Southeast Asian Nations.
With openness as the hallmark of its development, China has seen its economy increasingly intertwined with its partners. Its trade with the United States is a good example. Despite trade frictions over the past few years and constant calls from some US officials for “decoupling with China”, the two nations’ economic ties have taken on more features defined as ‘mutually dependent’.
In the first eight months of this year, Chinese exports to the United States, rather than falling, expanded 22.7 per cent year on year, official data shows.
Meanwhile, Forbes magazine revealed that imports from China accounted for 19 per cent of all US goods imports in 2020, the highest of any trading partners of the United States, while four out of ten of the fastest-growing imports into the country came from China.
The benefits of growing Sino-US trade to American households are also tangible. China’s Ministry of Commerce said that each US family could save US$850 per year from the trade. From lamps to birthday candles, from flip-flops to mouse traps, ‘Made in China’ goods have long become an indispensable part of the everyday life of many US households.
Back in November 2019, when the US-initiated tariff battles with China raised concerns about unilateralism and protectionism, more than 190 US enterprises attended the second China International Import Expo (CIIE) in Shanghai, taking up the largest exhibition area of any participating country. Among the delegation were big names such as General Electric Company and Qualcomm.
Last year, up to 70 per cent of the world’s top 500 companies and industry leaders that participated in the first two expos were seen in the third CIIE, including global industry leaders Ford, Louis Dreyfus and Roche.
This year, the total exhibition area of the fourth CIIE, which is due to open on Thursday, has been further expanded to 366,000 square meters. The number of exhibitors from countries like the United States, Japan, Germany, France and the United Kingdom will be greater or the same as in previous expos, as will their total booth areas.
Some 90 enterprises from 33 least-developed countries are expected to participate, displaying a large number of their specialty goods and tapping into China’s market.
Back in 2001, few people could have imagined China hosting the world’s first import expo at the national level to share its development dividends with the world and seek ways out to boost global economic growth.
China’s growing appeal and weight is actually justified by its track record as a trustworthy member of the WTO and its consistent stance of championing globalisation and inclusive development.

Over-fulfilling WTO commitments
China has over-fulfilled the commitments it made upon accession to the WTO, a fact that has been praised by several WTO director-generals and recognised by most WTO members.
China has fulfilled its pledge of lowering the import tariff for goods to 9.8 per cent from 15.3 per cent when it joined the WTO 20 years ago. At present, its overall import tax stands at 7.4 per cent, lower than the average level of developing members of the WTO and is approaching the level of developed members of the organisation.
The country has also significantly reduced non-tariff barriers for international trade, removing non-tariff measures covering 424 tariff categories by January 2005.
In terms of trade in services, China pledged to open the market for 100 subsectors in nine business categories by 2007. It actually opened nearly 120 subsectors, around 20 per cent more than it promised.
In the meantime, the ranking of China’s annual flow of outbound direct investment has risen to the third place from 26th at its accession to the WTO. The investment has accelerated technological progress in host countries, promoted their economic development and improved local people’s livelihood by creating a large number of job opportunities.
Since it joined the WTO, China has played a major role in the production of consumer goods, with its advantages in skilled labour, infrastructure and manufacturing systems. Its exports have provided enterprises and people worldwide with high-quality goods at a low price.
China’s actions have demonstrated its resolve in supporting developing countries. In recent years, it has remained the largest export market for the least developed countries, absorbing one fifth of the exports from those countries.

Reaching out for shared prosperity
While walking the talk, China is also willing to embrace the world with open arms and provide public goods to boost global development.
The China-proposed Belt and Road Initiative, for instance, has grown into the world’s largest international cooperation platform and the most popular public good over the past eight years, with over 200 cooperation agreements inked between China and over 170 countries and international organisations.
Defying trade protectionist headwinds, China has been active in building open cooperation platforms. The establishment and hosting of a series of open platforms, including the China International Fair for Trade in Services, the China International Consumer Products Expo, as well as the upcoming CIIE, has facilitated the unimpeded flow of trade and provided a much-needed boost to the global economy.
China means business in opening its doors wider and making its market more accessible. It has pledged to extend tax incentives for overseas investors, introduced the first negative list for services trade, and further expanded the catalog of industries that encourage foreign investment.
Foreign-funded companies have benefited from their presence in China and cast a vote of confidence with bigger bets. Tesla, for example, has decided this year to make the gigafactory in Shanghai its primary vehicle export hub after the company broke ground on its first overseas plant two years ago.
The road ahead, however, won’t be all rosy. Rising de-globalisation, the persistent pandemic and looming climate change pose challenges that have put the world at a development inflection point.
At the just-concluded G20 Rome summit, China has, in response to these common challenges, stressed efforts to practice true multilateralism, step up macroeconomic policy coordination and adopt responsible macroeconomic policies to avoid negative spillovers on developing countries.
In pursuit of a path of green, low-carbon and sustainable development, it has reiterated the goals of peaking its CO2 emissions before 2030 and achieving carbon neutrality before 2060, calling on the developed countries to honor their funding commitments to developing countries to help them cope with climate change.