Shonal on podium at UAE RMC 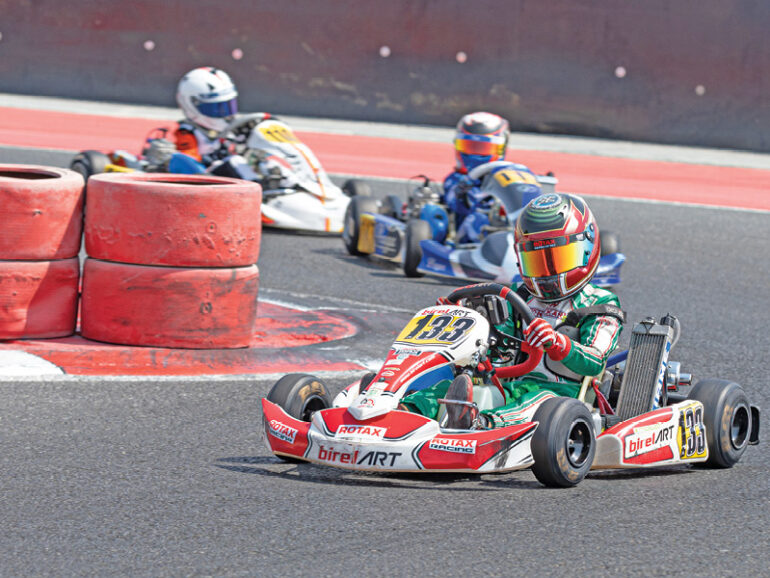 Muscat – At the age of eight, Shonal Kunimal was winning titles one after another in 2019. Not only did the Indian School Ghubra (ISG) student dominate the domestic go-karting scene but the youngster also won back-to-back UAE Rotax Championship titles in micro max (age nine to 12 years) categories in 2017-18 and 2018-19 seasons.

However, he was kept away from circuit for nearly two years, having lost his mother last year in a tragic accident, and then due to COVID-19 pandemic.

The talented go-karting racer returned to competitive go-karting circuit in October but on
Saturday claimed his first podium finish since his return in the third round of the 2021-22 UAE Rotax Max Challenge (RMC) Championship that was held at the Al Ain Raceway International Kart Circuit.

The UAE RMC round one began on October 9 with Adam claiming a creditable podium place ahead of Shonal, who finished fourth. Maxim won the opener too.

In the second round, which was held on Friday, Shonal missed the podium to end up fourth but bounced back with a third place on Saturday. Adam had clinched his second podium on Friday with a third spot. Each round comprises qualifying, heat, pre-final and final sessions.

In the third round, Shonal was P3 in qualifying but slipped to P7 in heat. However, Sanad’s pep talk and Shonal’s determination helped him claim a podium place in the final session.

Shonal said, “I would like to thank my coach Sanad for his guidance and also thank my team mechanic, Carlo John Bariquit, for getting my kart in good condition.”

Shonal’s dad and mentor Shojai Kunimal thanked Suleiman al Rawahi, managing director of Oman Automobile Association (OAA), for his constant support. “Without the backing of Suleiman, it would have been very difficult for Shonal to make a comeback after the personal tragedy we experienced last year.”