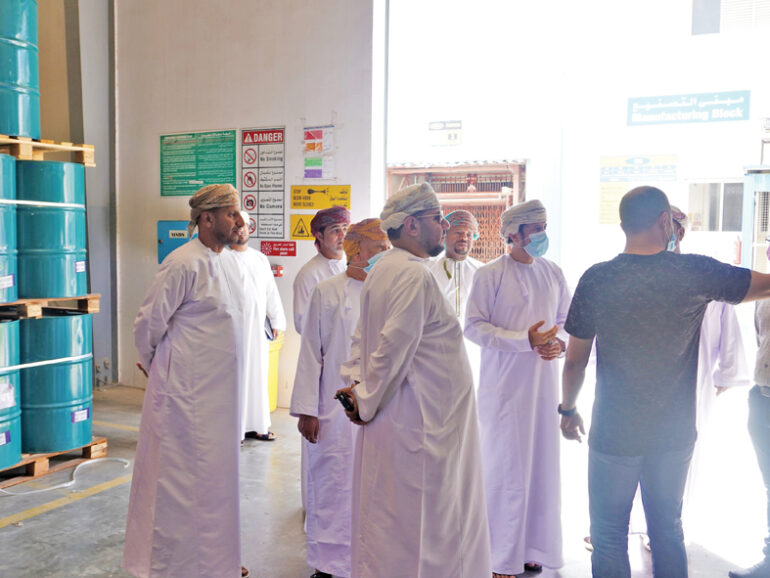 Sohar – A business delegation from Oman Chamber of Commerce and Industry’s (OCCI) branch of South Sharqiyah governorate visited Suhar Industrial City to get acquainted with the available investment opportunities.

Suhar Industrial City comes under the umbrella of the Public Establishment for Industrial Estates (Madayn).

The businessmen were then introduced to the incentives offered by Madayn to attract local and foreign investments into its industrial cities across the sultanate. They were also briefed on the objectives of Masar Service Centre in Suhar Industrial City, which was established by Madayn to offer an integrated platform that eases investment procedures for the investors to obtain related approvals, permits and licenses under one roof and within specific timeframe.