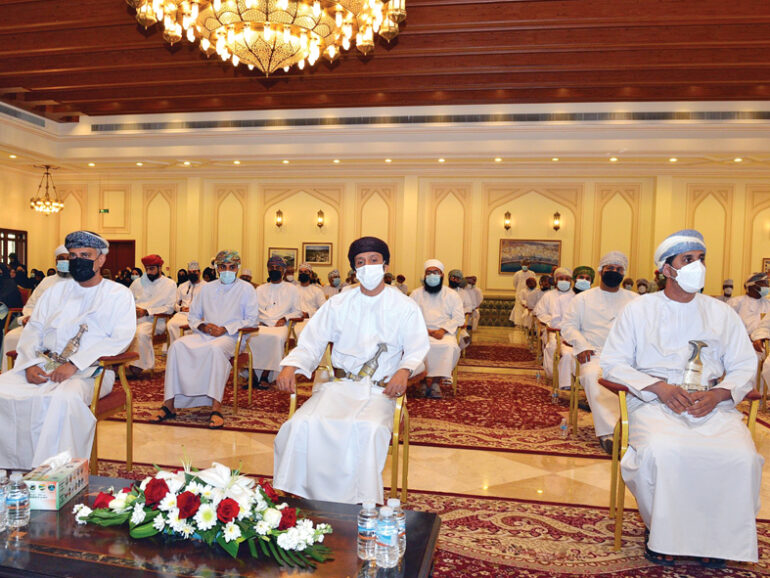 Muscat – Sayyid Saud bin Hilal al Busaidi, Minister of State and Governor of Muscat, held a meeting with the youth of the governorate to hear their views on developing national programmes on Sunday.

It followed directives of His Majesty Sultan Haitham bin Tarik to understand the needs of youth and hear their opinion in the context of the country’s development.

Muscat governorate will hold a series of meetings with youth from different wilayats for a period of three weeks. These aim to open channels of communication with various government agencies, hear opinions and ideas of the youth, and enhance their role in development, national plans, programmes and strategies to achieve the aspirations of citizens.

A large number of young people attended the meeting held in the wilayat of Muttrah and discussed a number of ideas and development proposals for Muscat governorate.

Ahmed al Balushi, a resident of Muttrah who attended the meeting, said, “These meetings emphasise the role of youth in building the future of the country. We look at these with great optimism because these come under a renewed renaissance, according to a strategy that cares about young people, their aspirations and ideas.”

According to Balushi, “the youth look forward to quality education, support for student projects and finding a source of income”.

Ahmed al Hosni, another young man from Muttrah, was happy to participate in the meeting on Sunday. “It brought young people and officials of various government agencies closer.”

He informed that Omani youth are aware of their responsibility towards nation building.
Hana al Kharousi was grateful to His Majesty Sultan Haitham for his interest in the youth.
“Paying attention to the youth and hearing out our aspirations will help in the progress and development of the country.”

Wadhaa al Saeedi is happy to participate in these meetings “because we will be part of the development wheel of the country. We are proud to be involved in the development of the governorate and to take our ideas to reality”.