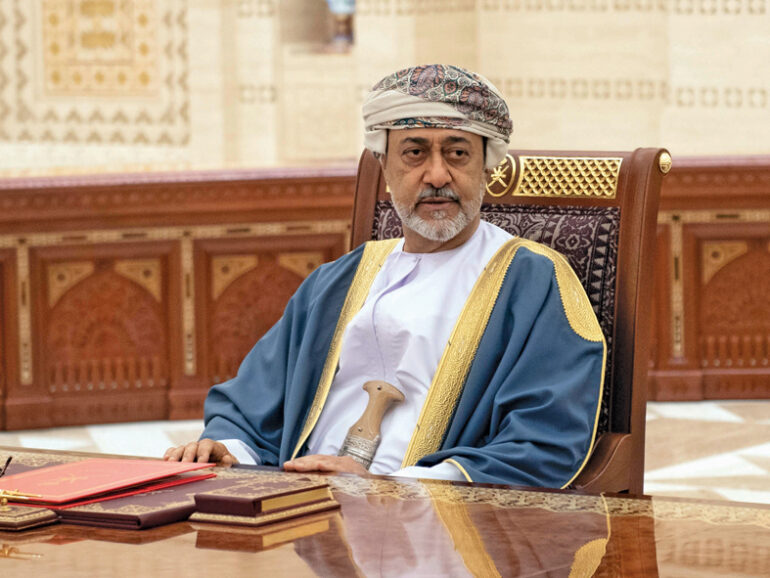 Muscat – His Majesty Sultan Haitham bin Tarik has ordered the distribution of saplings of date palms, fruit trees and other plants among farmers in the wilayats that bore the brunt of the recent tropical cyclone Shaheen.

A mission will be undertaken by Royal Gardens and Farms at the Royal Court Affairs, which will distribute the saplings through the Ministry of Agriculture, Fisheries and Water Resources.

The Royal Orders, which coincide with Oman Tree Day celebrations, reflect His Majesty the Sultan’s concern for farmers. These are intended to keep up agricultural production and enhance food security in the country, a statement said.

The Royal Orders reaffirm His Majesty the Sultan’s attention to the agricultural sector, which constitutes a basic pillar of the national economy.

Meanwhile, the Ministry of Agriculture, Fisheries and Water Resources has announced an initiative called ‘Gharsa’ to support farmers in cyclone-hit areas of North Batinah.

The ministry will launch the initiative on November 5 in cooperation with nurseries, volunteer teams and agricultural associations.

‘Gharsa’ aims to plant the maximum number of seedlings and ornamental trees to replace those damaged by cyclone Shaheen.