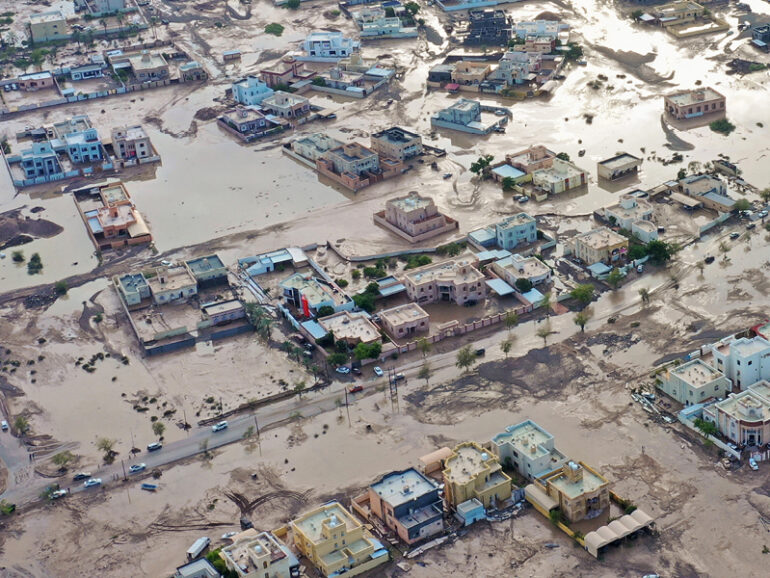 Muscat – The Ministerial Committee – tasked with assessing the damage caused by Cyclone Shaheen – on Thursday approved postponing the payment of housing loans for citizens whose homes were damaged by the recent tropical cyclone.

The committee approved a six-month deferment of housing loans of the Ministry of Housing and Urban Planning (MHUP) for citizens whose areas bore the brunt of the cyclone in the wilayats of Mussanah, Suwaiq, Khabourah and Saham, a government report said.

The committee also approved maintenance works of eight dams and 55 aflaj, it added.
The committee studied a proposal presented by MHUP on land, properties and wadis affected by the cyclone and ways to avert any impact in the future natural disasters.

It instructed MHUP to coordinate with other departments concerned to draft a common design that demonstrates the geographical nature of the sultanate.

According to the proposals, the course and boundaries of wadis should be clearly marked and this information made available to the government departments concerned to avoid similar future perils.

The Ministerial Committee also demanded a revision of existing and yet-to-be-distributed residential layouts in the cyclone-stricken wilayats. It instructed the suspension of distribution of plots of land in wadis and other high-risk areas.

It also called for speeding up tasks to clear the course of wadis, open drainage channels and provide embankments alongside wadis to reduce the risk of floods.

The Ministerial Committee also examined reports of an engineering team tasked with internal road repairs and devising mechanisms to reduce risk of flooding.
It was decided that the proposed solutions will be implemented in three stages – short, medium and long-term – and decisions implemented so far be reviewed in the next meeting.