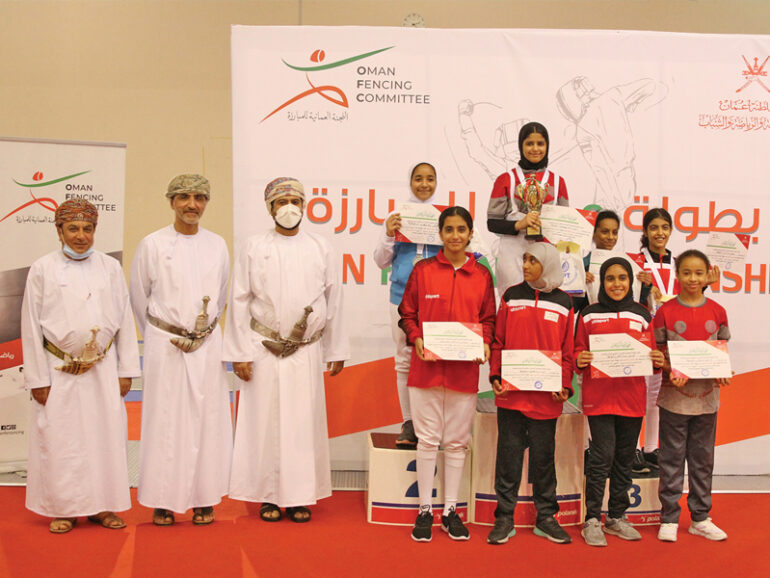 Meanwhile in the foil category semifinal, Ghazal defeated Ahli-Sidab’s Taif al Habsi 15-10 after having an easy outing against Al Nahda’s Misan al Adawi in the quarterfinal 15-1.

The championship witnessed a total of 40 fencers from eight clubs taking part.

H E Qais bin Mohammed al Yousef, Minister of Commerce, Industry and Investment Promotion, was the chief guest and handed over the prizes.

The Oman Fencing Committee (OFC) chairman, Khalid al Shuaibi, was delighted at the successful completion of the first fencing tournament in Oman. “To have 40 fencers from eight clubs in the first edition of our championship is an encouraging sign. We hope to continue the good work and make the sport more popular in the sultanate,” he said.