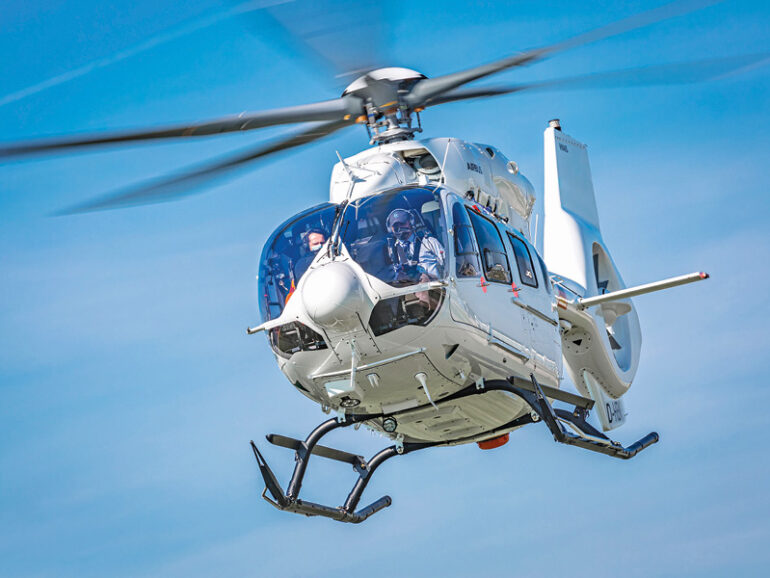 According to Airbus Helicopters, which has delivered the whirlybird to Milestone Aviation and ASA, it is the first five-bladed H145 in the Middle East.

With the new helicopter added to its fleet, ASA will further expand its services providing reliable onshore and offshore passenger transport and emergency medical services throughout the country.

“ASA is very proud to be the first operator of the five-bladed H145 variant in the Middle East. The on-time arrival of the helicopter was critical to deliver for our customers and we thank Airbus and Milestone for their support,” said Tariq al Barwani, CEO of ASA.

“We are extremely grateful for the confidence that ASA showed in the Milestone team, and for the hard work by the Airbus team to ensure the timely delivery of the aircraft,” said Claire Brugirard, vice president commercial for Africa & Middle East at Milestone.

“We wish ASA all the success with this brand new five-bladed H145 and look forward to continuing to work closely with them in the future,” she added.

“We’re honoured that the H145 will enter into service for HEMS missions in Oman soon,” said Axel Humpert, head of the H145 programme at Airbus Helicopters.

“Especially the excellent hot & high performance and increased useful load the new five-bladed version offers makes it the perfect choice for those missions in the Middle East.”

The new version of Airbus’ best-selling H145 light twin-engine helicopter was unveiled at Heli-Expo 2019 in Atlanta in March. This latest upgrade adds a new, innovative five-bladed rotor to the multi-mission H145, increasing the useful load of the helicopter by 150kg.

The simplicity of the new bearingless main rotor design will also ease maintenance operations, further improving the benchmark serviceability and reliability of the H145, while improving ride comfort for both passengers and crew.