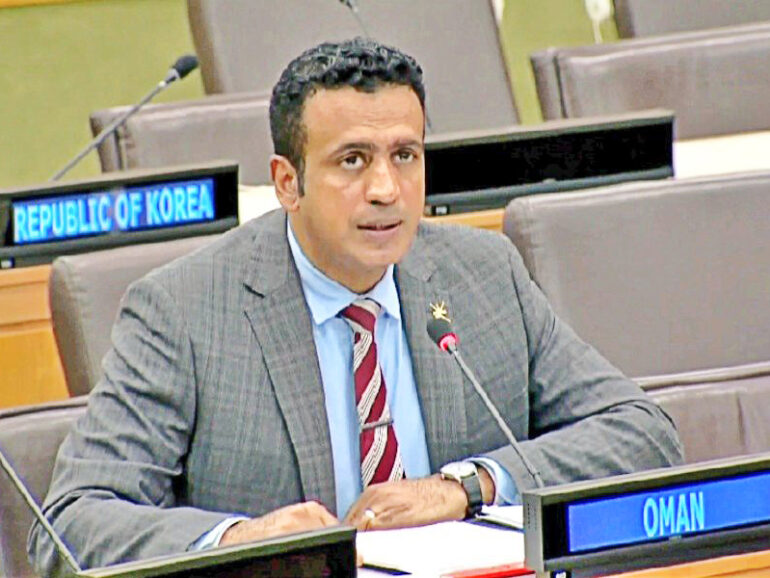 Muscat – Oman and other GCC member states have stressed on speeding up efforts to establish an independent Palestinian state at a UN meeting.

Speaking at the meeting of the Special Political and Decolonization Committee (Fourth Committee) of the UN General Assembly on October 25, delegates urged the administering powers of the world’s 17 remaining Non-Self-Governing Territories to complete the longstanding decolonisation process, with speakers also citing a range of additional territorial disputes, as members continued their general debate.

Sultan Mohammed al Fazari, Oman’s delegate at the UN, stressed that the UN and Security Council resolutions must be implemented in the Occupied Palestinian Territory “sooner or later”.

“In that context, the international community must pressure Israel to stop pursuing its aggressive activities and return to the path of peace, based on international law and in the spirit of peaceful coexistence,” he said.

The Kuwaiti delegate Bader A al Munayekh said that despite UN Relief and Works Agency’s essential role, it continues to be attacked and requires financial support to provide a lifeline to millions of Palestine refugees. Expressing support for the recommendations in the Secretary- General’s report, he said the “international community must bring pressure to bear on Israel to lift its 14-year-long siege of Gaza, end its settlements in the West Bank and the Jordan Valley, and cease its occupation of all Palestinian lands and the Syrian Golan”.

Hajer Mohamed Ameen from Bahrain said that while the United Nations has made great progress on its decolonisation goals since the organisation’s founding, more remains to be done. Emphasising that it is important to advance peace through dialogue and mutual respect, she expressed support for all efforts to achieve peace in the Middle East and to establish an independent Palestinian state.

The representative of the United Arab Emirates listed activities that threaten the viability of a two-state solution in the Occupied Palestinian Territory, including the building of settlements and the confiscation of property. “It is also important to maintain the legal character of Jerusalem and to preserve the historic status of its holy sites.”

The Omani delegate also spoke about outer space matters, when he observed that many developing countries attach great importance to space technology to monitor climate change, mitigate natural disasters and pursue the Sustainable Development Goals. “As such, there is a need for enhanced international cooperation to ensure developing countries can benefit from space technologies,” he said, calling for practical steps to ensure knowledge exchange and technology transfer on that front.