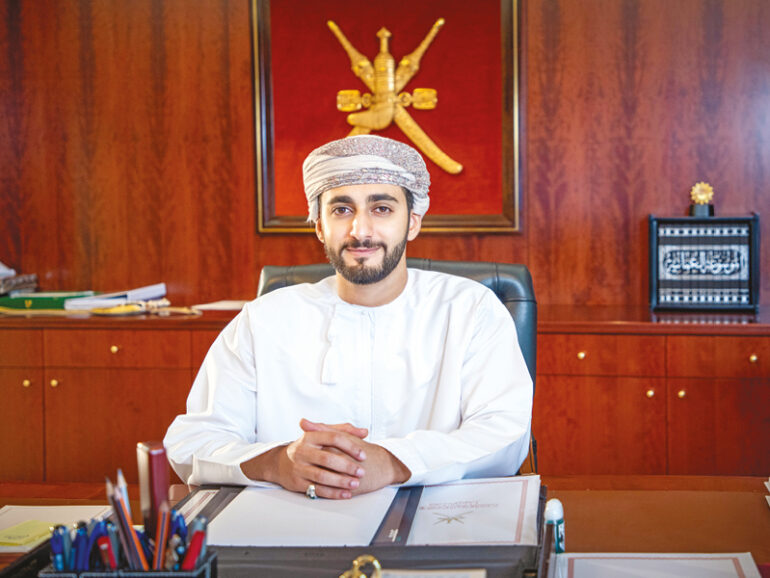 Muscat – Sayyid Theyazin bin Haitham al Said, Minister of Culture, Sports and Youth, on behalf of the Omani youth, expressed thanks and gratitude to His Majesty Sultan Haitham bin Tarik on the occasion of Omani Youth Day on Tuesday.

Presiding over a virtual celebration of the Omani Youth Day, Sayyid Theyazin delivered a speech in which he said that His Majesty the Sultan accords great attention to Omani youth and that the designation of October 26 each year to mark Omani Youth Day stems from the belief in the leading role of Omani youth in advancement of the nation.

Sayyid Theyazin said that the second edition of the Youth Excellence Award, overseen by the Ministry of Culture, Sports and Youth, will honour youth excellence which will encourage them to be more creative and innovative in various fields.

In a statement made on Monday, Sayyid Theyazin stressed the sultanate’s firm belief in the role of youth in carrying forward the banner of the renewed renaissance.

“The government has accorded great attention to youth since the beginning of the renaissance and empowered them to shoulder their responsibilities in the nation-building process.

“Omani youth proved that they have a high sense of national responsibility. They comprehended the prerequisites of progress and proceed to achieve it through a clear-cut vision based on partnership in promoting the renewed renaissance while at the same time interacting with the outside world and its culture for the sake of coexistence in a climate of love and peace.”