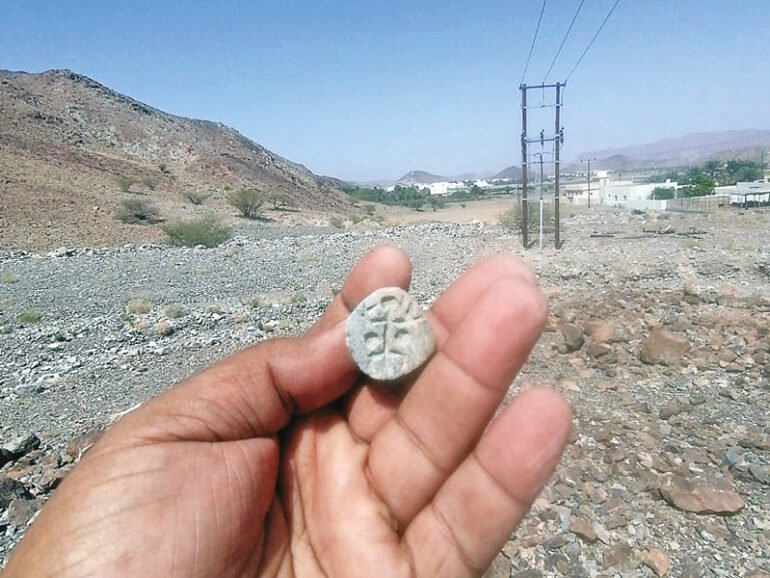 Muscat – An Omani researcher has found a soapstone seal more than 2,000 years old of the Iron Age in Dakhliyah governorate.

Hilal Aamur al Qasmi also found a fossil of an oyster estimated to be millions of years old in the wilayat of Al Hamra recently.

Speaking to Muscat Daily, Qasmi said, “I found the ancient seal in Multaqa village in the wilayat of Bidbid, Dakhliyah governorate, on October 10. These seals were used in commercial transactions.
Cylindrical in shape, it was hung with a thread around people’s neck.”

For further investigation, the artefact has been handed over to a German team working currently in Oman in cooperation with the Ministry of Heritage and Tourism.

According to geologist Dr Mohammed al Kindi, the seal has historical significance owing to the age it belongs to. “Such seals were used in trade exchange between Gulf states.”

Qasmi has been conducting research at archaeological sites for more than 25 years and written books and research papers on Omani aflaj.

Earlier this year, Qasmi found the oyster fossil on a mountain in the wilayat of Al Hamra at an altitude of 2,300m. “The fossil dates back more than 90mn years,” he informed.

Qasmi recently completed a research paper on archaeological sites in Oman. The research involved more than seven years of work and visits to several digs in the sultanate.

“Running into 500 pages, the paper will help archaeologist working in Oman. It has information on some of the archaeological sites that no longer exist. I hope more research is done on Omani antiquities and preservation of heritage sites continues in earnest.”