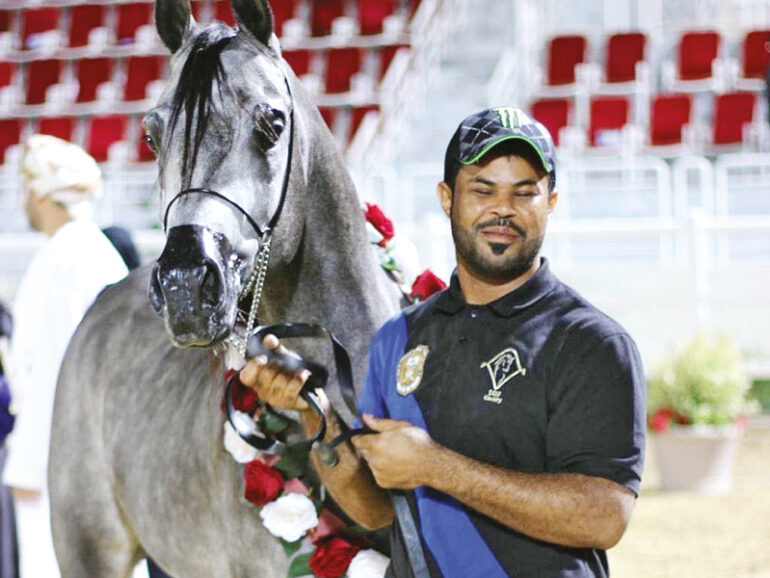 Muscat – Khamis al Sharji, 30, from the wilayat of Mudhaibi in North Sharqiyah is the first visually-impaired jockey in the world to qualify for endurance races.

Sharji was able to pass an endurance race over a distance of 40km held recently.

‘Sharji will be the first visually-impaired rider to participate in endurance races around the world,’ Oman Equestrian Federation said.

A graduate from the College of Arts and Social Sciences in Sultan Qaboos University, Sharji fell in love with horse riding at an early age.

“I chose the equestrian sport because it develops one’s self-confidence and riding a horse is not a great challenge for the visually-impaired because the horse knows its way well,” the young achiever told Muscat Daily.

Also, science has proven that horse riding helps many conditions, including those with autism and neurological disorders, he added.

“But with hard training, fitness and determination, I was able to overcome all it,” Sharji said, adding that “any blind person can ride a horse easily, but he must have confidence in himself and continuous training”.

Sharji is now preparing for upcoming races. “I hope to obtain the international licence to ride horses to participate in all local and international races and raise the flag of Oman high,” he said.

This highly motivated rider is also planning to open an equestrian club for visually-impaired and autistic children.