Over 22,800 people affected by cyclone 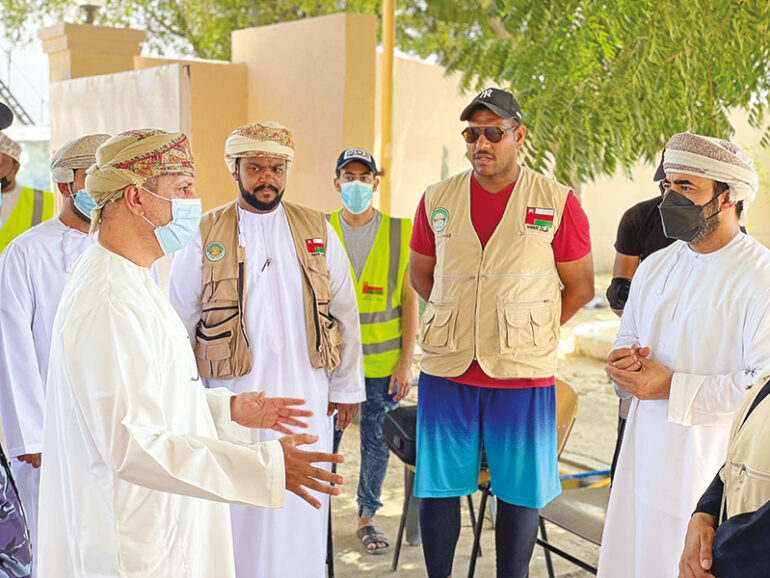 Muscat – Over 22,800 people were directly affected by cyclone Shaheen, according to the National Committee for Emergency Management (NCEM).

A statement issued by the NCEM said, ‘A total of 22,807 cases were reported in the wilayats affected by the tropical cyclone till October 19. Of these, 4,175 were in the wilayat of Mussanah, 11,801 in Suwaiq, 5,791 in Khabourah, and 1,040 in Saham.‏ A field team is continuing the process of counting the remaining cases.’

H E Sheikh Rashid bin Ahmed al Shamsi, Undersecretary in the Ministry of Social Development, informed that 86 per cent of a field survey has been completed in the affected wilayats.

Two hundred and twenty ministry employees and 300 social researchers are working in the field to assess damages suffered by citizens, some of who have lost all basic necessities and essentials. Initial emergency aid material is being distributed among such families.

“Close to 2,480 food convoys and 553 four-wheel vehicles provided relief material in the affected areas. All foodstuff were provided by the Public Authority for Stores and Food Reserve, Oman Charitable Organisation, civil society institutions and the private sector,” the undersecretary said.

A total of 1,114 refrigerators, 1,041 washing machines, 454 air conditioners and other electronic appliances were received from civil society institutions and zakat committees from various governorates to be distributed among affected families.

The Civil Defence and Ambulance Authority (CDAA) dealt with 416 reports, the most serious among these being of people stranded inside vehicles in flowing wadis.

The CDAA also rescued 544 people in the governorates affected by the tropical storm and dealt with incidents of fire, flooding and others.

The CDAA teams dealt with 1,925 emergency reports since October 8, following activation of a field centre. The reports dealt with opening internal roads in residential areas, removal of uprooted trees from roads and houses, supplying drinking water in affected areas, draining waterlogged areas, and distribution of food and essentials.