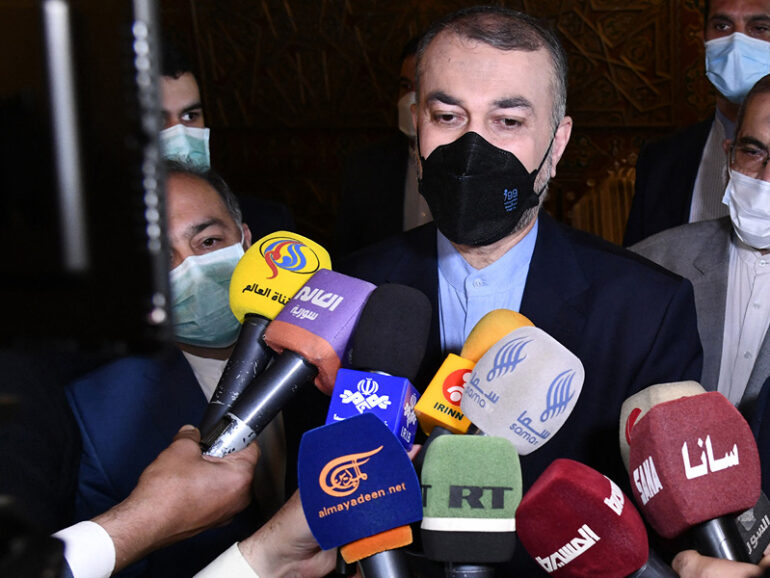 Tehran, Iran – Iran this week is to resume nuclear negotiations with world powers that have been suspended since June, an Iranian lawmaker said Sunday, but there was no immediate confirmation from the EU hosts.

Foreign Minister Hossein Amir-Abdollahian said that ‘talks with the 4+1 Group will restart on Thursday in Brussels’, MP Ahmad Alirezabeigui told the ultraconservative news agency Fars after a closed-door session with the minister.

The lawmaker was referring to four UN Security Council permanent members – Britain, China, France and Russia – along with Germany.

Iran and these five nations opened talks in Vienna in April with the European Union also attending, while the United States has taken part in indirect negotiations.

The United States, China, Russia, Germany, France and Britain struck an accord in Vienna with Iran on its nuclear programme in 2015.

But then president Donald Trump pulled the US out of the deal in 2018 and reimposed biting sanctions.

Since then, Tehran – which insists its nuclear program is for civilian purposes only – has also retreated from many of its commitments under the accord.

Trump’s successor Joe Biden has said he is ready to return to the agreement if the Islamic republic re-adheres to its nuclear commitments.

The Vienna talks aimed at reviving the deal were suspended in June, when Iran elected ultraconservative Ebrahim Raisi as president.

EU envoy Enrique Mora was in Tehran Thursday to press for a firm date for resuming talks.

Tehran said following the discussions that Iran and the EU had agreed to hold further dialogue in Brussels within days.

The EU’s diplomatic chief Josep Borrell said Friday he was “ready” to meet Iranian leaders in Brussels as part of efforts to revive the faltering deal.

But a spokesperson for Borrell was unable to confirm “if and when” a meeting in Brussels would place.

“The goal remains to resume negotiations in Vienna as quickly as possible,” the spokesperson said.

Another Iranian lawmaker, Behrouz Mohebbi Najmabadi, said on Twitter Sunday that negotiations would resume “this week”.