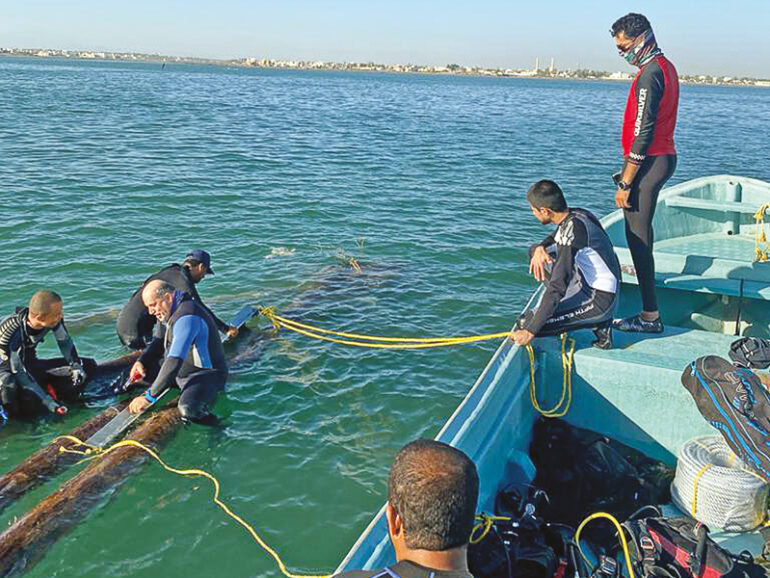 Speaking to Muscat Daily, Hosni said, “The campaign removed a large amount of marine debris, including electricity poles and palm tree trunks. Divers worked from 6.30am to 3.00pm at depths ranging from 5 to 13m.”

The Divers of Oman Team was established in 2017, while the Al Khabourah Diving Team was founded in 2019.

“The teams conducted a field survey and found many electricity poles that fell into the sea due to the cyclone,” Hosni said, giving a brief background of what prompted them to undertake the task.

“The team of eight divers initially found it difficult to remove the poles with the wires available with them. But with the cooperation of Majan, we used boats to pull the poles out of the sea.”

A professional diver himself, Hosni said that the biggest challenge that the divers faced while carrying out the clean-up drive came from the discarded fishing nets, which are also responsible for the deaths of many marine creatures.

“Getting entangled in nets in the depths of the sea is a diver’s worst nightmare,” he said. “But we are determined to continue our clean-up campaigns with the support and encouragement of our families.”

Giving an insight into the process, Hosni said that prior to physically removing any waste, some members conduct a reconnaissance dive at the site and prepare a report. Later this is discussed at a meeting and tasks delegated to each member.

The two teams, consisting of more than 50 divers in all, have conducted more than 50 diving campaigns in various governorates of the sultanate. “We aim to spread environmental awareness among members of society and promote volunteer work in the field of diving and protection of the marine environment,” said Hosni.

“We have also set up a hotline to receive reports from citizens to help them in rescue operations and help fishing boats that break down.”

Hosni informed that the divers will continue clean-up dives until life in the coastal returned to normal.