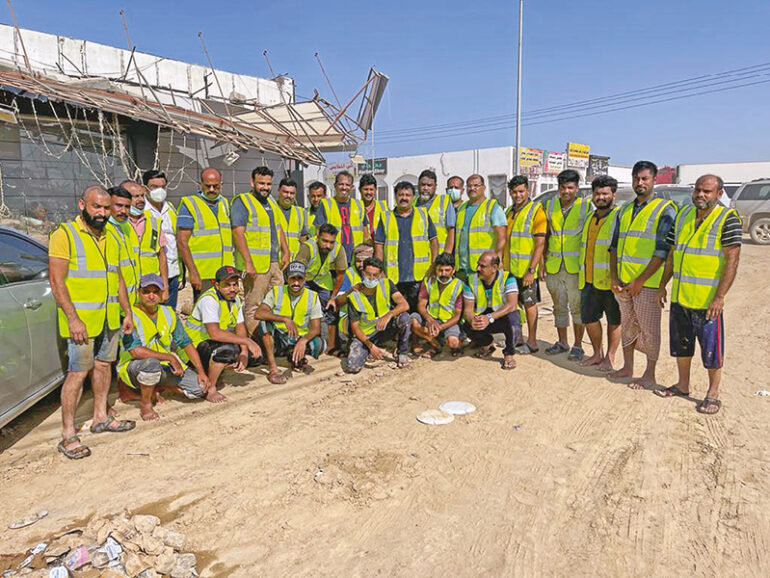 Muscat – When tropical cyclone Shaheen struck the sultanate on October 3, the devastation it caused called for solidarity and voluntary activities to help the affected. This past week, hundreds of volunteers from different social organisations have come together to aid in clean-up and relief efforts in areas and communities left reeling after the cyclone.

Volunteers also helped clean and retore the campus of Indian School Muladha, which was damaged as a result of strong winds and heavy rains in the area. “Since the morning after the cyclone, hundreds of volunteers have helped residents of the affected areas in cleaning their homes, shops and public spaces. Volunteers of all nationalities worked as one in the service of humanity. Hundreds of Omani youth rolled up their sleeves and helped in clearing the debris left behind with whatever tools they could lay their hands on. Their services are much appreciated,” said P M Jabir, a volunteer and prominent social worker based in Muscat.

According to Jabir, thousands of food and ration kits containing essential items to sustain families for at least a week have already been distributed, and many more will be handed out in the days to come. “I am happy to serve my community, and thank the main volunteers of the Kairali team, including Ramachandran Kabura, P T Anil Kumar, Sujith and Anil Kuttan from Suwaiq for their support, along with all the organisations and the Indian Embassy.”
Speaking on the condition of anonymity, a member of Kerala Muslim Cultural Centre working in Bidayah thanked the volunteers for their efforts in the relief and clean-up campaign.