Services returning to normal in Batinah 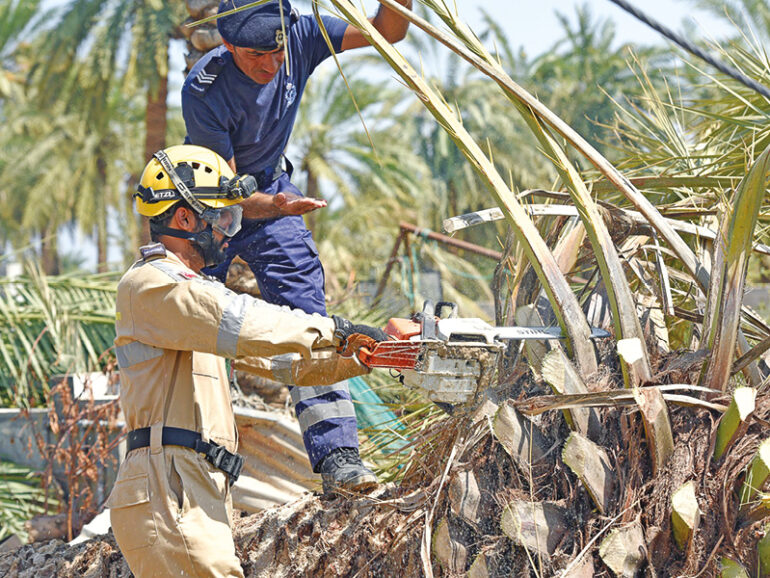 Muscat – In the ongoing relief and recovery efforts to restore normalcy in the cyclone-hit areas of Batinah, government agencies have restored almost all electricity and water services.

“Restoration of electricity services in mountainous villages of Wadi al Hawasna is 99 per cent, and work is continuing in Wadi Bani Omar to restore supply completely in the next few hours,” said Dr Mansoor Talib al Hinai, chairman of Public Services Regulatory Authority.

The National Committee for Emergency Management (NCEM) confirmed that in South Batinah, 99 per cent of basic services for electricity, water, fuel, roads, waste management and telecommunications, and 100 per cent telecommunications have been restored.

‘Teams worked 168 hours to bring services back to normal.’

In North Batinah, 99 per cent water and fuel services, 95 per cent electricity supply and asphalt roads, 85 per cent for gravel roads, 65 per cent in waste management and 100 per cent telecommunications are back to normal.

The Ministry of Defence stated that Royal Air Force of Oman has transferred electric generators to North Batinah to speed up the restoration of services in accordance to a plan of the Military Committee for Emergency Management in coordination with two subcommittees.

The Civil Defence and Ambulance Authority has announced that it is continuing to remove uprooted trees from roads in the areas affected by the cyclone in Batinah.

Muscat Municipality too is carrying out clean-up operations and waste disposal from homes in North Batinah.

A total of 158 cyclone-stricken people continue to avail facilities of a shelter in the wilayat of Khabourah, according to an official in the Ministry of Social Development’s Relief and
Shelter Sector.

He added that the shelter centre will transfer these individuals to apartments equipped with all facilities in the next two days.