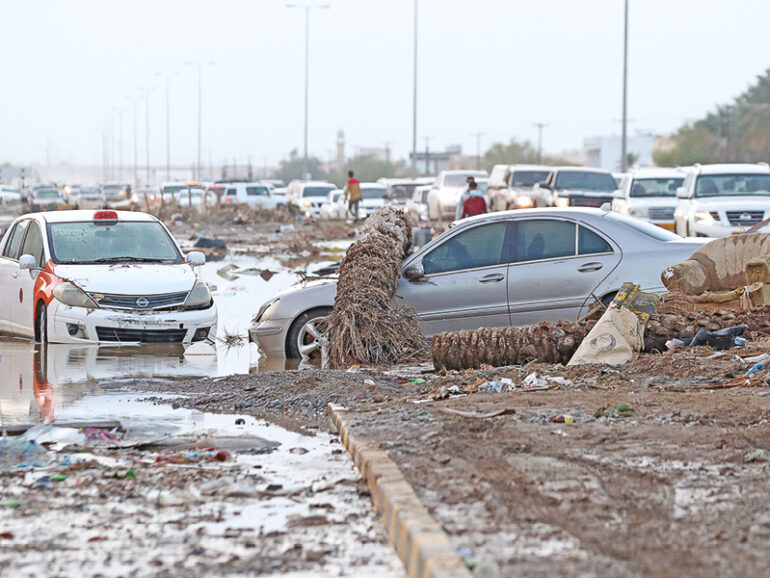 Muscat – October 13 is observed as International Day for Disaster Risk Reduction, and in Oman, the day has special significance considering the country is currently recovering from the devastation left behind by cyclone Shaheen.

International Day for Disaster Risk Reduction is observed every year with the aim of promoting a global culture of risk awareness and disaster reduction. ‘The day celebrates how people and communities around the world are reducing their exposure to disasters and raising awareness about the importance of reining in the risks that they face,’ a statement from the United Nations said.

In Oman, some roads are still waterlogged and houses inundated after tropical cyclone Shaheen lashed the country on October 3, leaving a trail of destruction to infrastructure in Batinah. This prompted the government to form an engineering committee to redesign roads to withstand storms.

According to the UN, good disaster risk governance can be measured by the number of lives saved, reduced number of disaster-affected people, and reduced economic losses. The COVID-19 pandemic and the recent cyclone indicate that there is need for a clear vision, plans and competent empowered institutions to act on scientific evidence for the benefit of the public.

The government of Oman is seen moving in the right direction with His Majesty Sultan Haitham bin Tarik issuing a decision to set up a Ministerial Committee to assess damage to homes and property caused by cyclone Shaheen. His Majesty the Sultan has also directed the establishment of an emergency fund to tackle natural disasters. The decisions came as his follow-up in the aftermath of Shaheen in several parts of the country.

International Day for Disaster Risk Reduction was started in 1989 after a call by the UN General Assembly for a day to promote a global culture of risk awareness and disaster reduction. In 2015, at the third UN World Conference on Disaster Risk Reduction in Sendai, Japan, the international community was reminded that disasters hit hardest at the local level with the potential to cause loss of life and great social and economic upheaval. Sendai suffered a devastating earthquake and tsunami in 2011 in which 20,000 people lost their lives.

In the context of healthcare and the ongoing pandemic, as a personal gesture to support the efforts in combating COVID-19, His Majesty the Sultan donated RO10mn to a fund established to tackle the virus crisis. Praising the sultanate’s response to the COVID-19 crisis, the International Monetary Fund (IMF) said that Omani authorities acted promptly to address the health and economic effects of the pandemic.

‘Oman moved rapidly and decisively to contain the COVID-19 crisis. Containment measures and health support to the population have limited the cases and fatalities. The authorities’ cautious approach towards reopening has helped contain new cases since early 2021,’ the IMF said in its statement of the 2021 Article IV Mission to Oman.