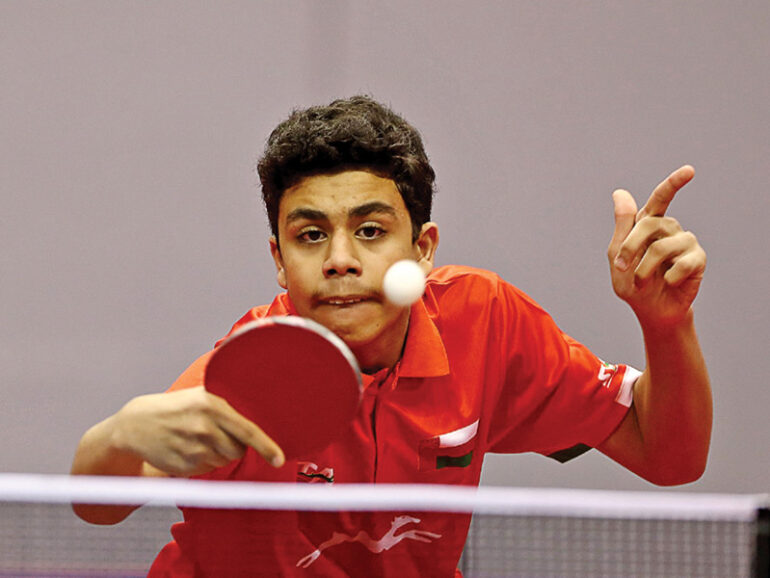 Playing in the U17 boys’ singles competition, the duo raised the sultanate’s hopes by finishing second in their respective groups in the first-round to advance to the knockout (round-of-32) stage.

Luqman began his campaign in style with a 3-0 win over Nigerian Olawale Adegoke Muizz but lost to India’s Payas Jain 0-3 in the group to finish second and advance. However, in the knockouts, Luqman lost to down to Bangladesh’s Ridoy Mohutasin Ahmed.

Ayman also started on a winning note with a 3-0 win over UAE’s Dheyab al Balushi but lost to Saudi Arabia’s Salem Al Suwailem 0-3 to end second in the group. In the knockout round, Qatar’s Ali Yousaf blanked Ayman 3-0 to end his hopes.

The other Omani U17 players – Abdulrahman al Zaabi, Mohammed al Mutawa and Bader al Jassasi – failed to win any of their first-round group games to make a hasty exit.

Except for Turki, who won one match in his group, none of the others could record any victories. Turki beat Qatar’s Hamad al Sulaiti 3-2 but lost his other two matches to finish third in the group. Saudi Arabia, Qatar, Uzbekistan and Sri Lankan players advanced to the quarterfinals.

ITTF competitions’ manager Jose Benets appreciated the arrangements made by the Oman Table Tennis Association (OTTA). “The OTTA has provided us with all the requirements and we hope to have a successful event,” he said.