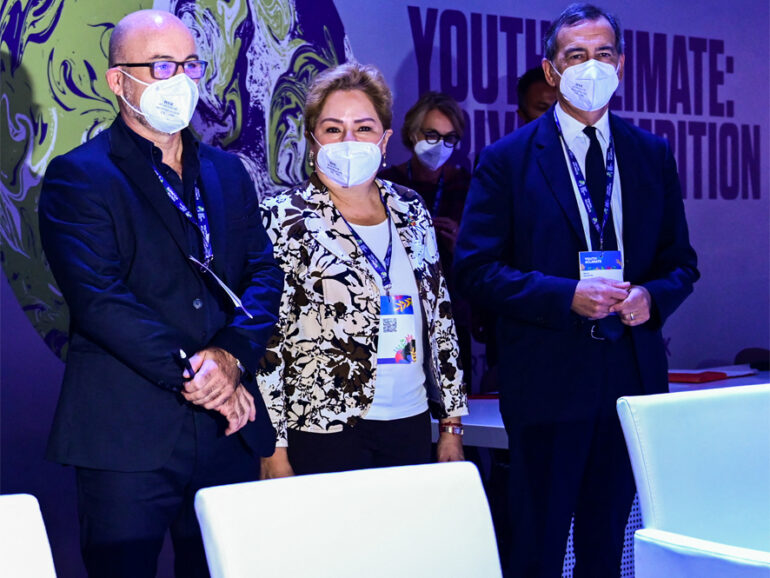 Milan, Italy – The COP26 summit – which could determine the viability of the Paris Agreement – will ‘not be easy’ but an outcome matching the urgency of the crisis is an ‘absolute necessity’, the UN’s climate chief said on Wednesday.

As the world faces stronger and more frequent droughts, wildfires, flooding and storm surges made worse as the planet warms, the COP26 summit in Glasgow is being billed by organisers as a key milestone for keeping the Paris goals within reach.

“The point is decisions need to be taken now, that is why Glasgow is so important,” UN climate chief Patricia Espinosa told AFP.

Struck to international fanfare in 2015, the accord commits nations to limit global temperature rises to “well below” 2 degrees Celsius above those before the onset of the Industrial Revolution.

It also saw countries promise to stick to a safer warming cap of 1.5C through sweeping emissions cuts.

Yet, six years on, atmospheric levels of planet-warming CO2 have risen steadily and are now at their highest concentrations in roughly three million years.

The latest round of country-by-country emission-cutting pledges – baked into the Paris deal’s “rachet” mechanism of ever-increasing ambition – put Earth on course to warm a “catastrophic” 2.7C this century.

COP26, delayed a year due to the pandemic, will provide another chance for states to agree key outstanding elements of the Paris rulebook, or how the aspirational goals outlined in the deal function in practice.

Espinosa acknowledged to AFP that the two-week negotiations, which begin in Glasgow on October 31, “will not be easy”.

Speaking on the sidelines of a UN-backed gathering of some 400 youth climate activists in Milan, she said: “I think that at this moment in time it’s an absolute necessity that we come out of the conference and present to the world a message of hope, a message of clarity on where we are going”.

The laundry list for delegates in Glasgow will be daunting.

Nations will be asked again to redouble their emissions reductions plans to get them better in line with 1.5C, as well as to finalise the Paris rulebook and resolve the repeatedly deferred dispute over carbon markets.

Poorer nations already dealing with extreme weather supercharged by climate change have repeatedly called on wealthier nations – largely responsible for the emissions that drive global heating – to make good on a decade-old promise to provide US$100bn annually to help out.

“The difficulty is that many of them are interlinked, so if one is resolved, others can be resolved.”

But in the two years since the last UN climate summit took place in person, scant progress has been made despite several rounds of online discussions.

“Because of the fact we haven’t been able to meet in person until now, we have basically not yet started the negotiations of the documents,” said Espinosa.

The Mexican diplomat said that a concrete agreement on the yearly $100 billion promised way back in 2009 would help galvanise talks in Glasgow.

“It would build trust and also give us the means to make progress on some other issues,” she said.

The UN says that to keep the 1.5C Paris goal in play, emissions must fall more than seven per cent every year this decade.

Although the pandemic did see carbon pollution fall by roughly that amount in 2020, governments are once again ploughing funds into fossil fuel projects to power their economic recoveries.

This means emissions are all but certain to rebound to pre-pandemic levels this year – a far cry from a 1.5-C compliant pathway.

“This decade is the decisive decade,” said Espinosa.