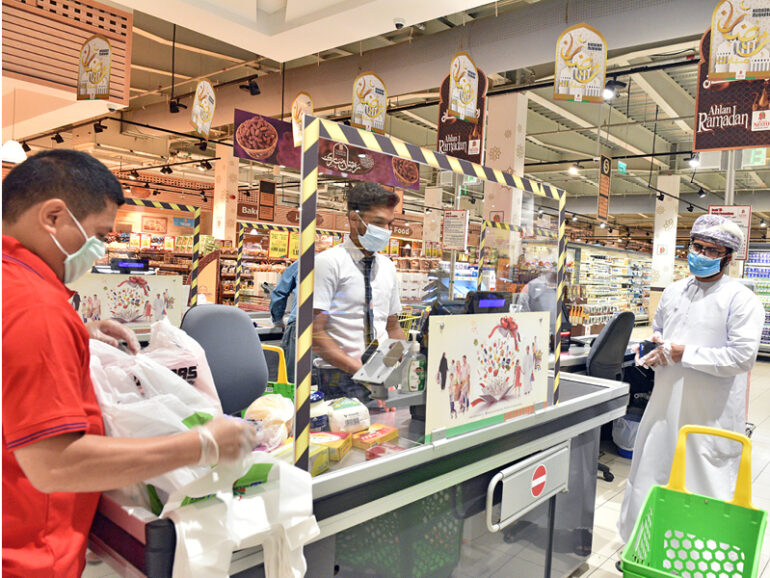 Wholesale and retail trade recorded 19% growth to reach RO1.364bn in the first half of 2021

Supported by stimulus measures, reopening of economic activities and higher oil prices, the sultanate’s nominal GDP grew at a solid 10.1 per cent rate during the January-June period of 2021 in another sign that the country is on a sustained recovery path from the pandemic recession.

The data shows that Oman’s economic recovery is broad-based with all major sectors – oil and gas, industry, services, and agriculture and fisheries – recording robust growth during the first half of the year.

Earlier this month, the International Monetary Fund stated that Oman’s economy is set to recover in 2021, with real GDP expected to grow by 2.5 per cent this year and 2.8 per cent in 2022.

Within the industrial sector, manufacturing bounced back with more than 34 per cent growth to RO1.338bn in the first half of 2021, while mining and quarrying grew 7.7 per cent to RO114.5mn.

Construction activities, however, remained 3.3 per cent lower at RO1.235bn during the January–June period of 2021 against RO1.278bn in the corresponding period of 2020.

Within the services sector, wholesale and retail trade recorded 19 per cent growth to reach RO1.364bn in the first half of 2021 from RO1.147bn in same period of 2020. Financial and insurance sector activities also grew by 11.5 per cent to RO1.05bn.

Agriculture and fisheries sector activities recorded a seven per cent year-on-year growth to reach RO421.2mn in the first half of 2021.