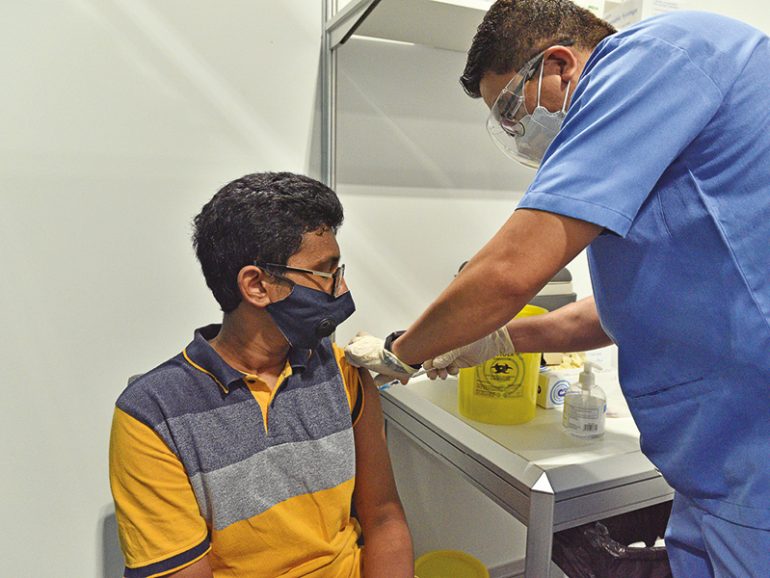 Muscat – The sultanate is considering a booster dose against COVID-19 for immunocompromised individuals, according to the Ministry of Health (MoH).

“The ministry will announce the target group that will be vaccinated soon,” an MoH official said.

A third dose can help protect people with weakened immune systems who did not have a strong enough response to the first two doses of vaccine. The World Health Organization had called for a moratorium on booster doses till vaccines reach more people across the globe.

“The limited supply of these vaccines will save the most lives if made available to people who are at appreciable risk of serious disease and have not yet received any vaccine. Even if some gain can ultimately be obtained from boosting, it will not outweigh the benefits of providing initial protection to the unvaccinated,” said a report, co-authored by WHO chief scientist Soumya Swaminathan, published in Lancet recently.

Muscat – On Monday, the Ministry of Health (MoH) announced that the total number of individuals vaccinated till September 26, with at least one dose, was 2,896,271, accounting for over 82 per cent of the target population.

MoH announced on Monday that a joint meeting was held between the Directorate General of Health Services in South Sharqiyah Governorate and Royal Oman Police to follow up on vaccination camps for expats, who will be given the second dose of vaccine. Vaccination centres and the participation of relevant sectors for the camps in the governorate have been identified.