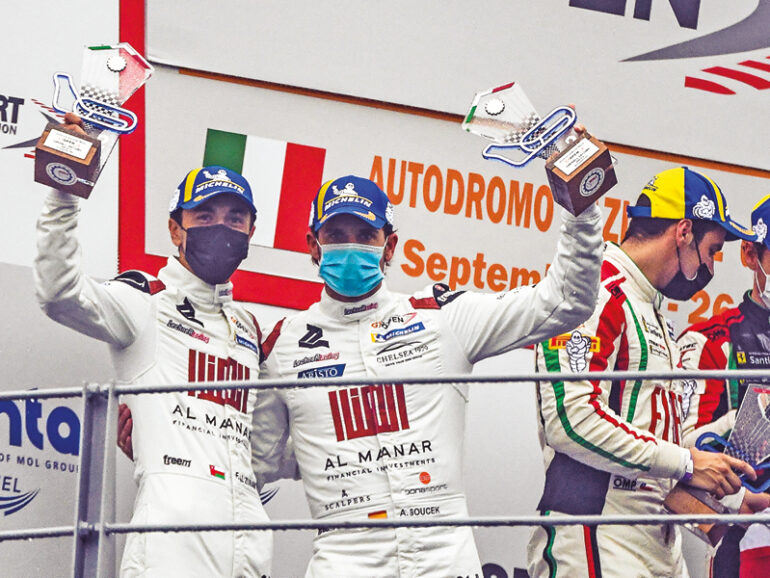 Muscat – A spectacular fightback in wet and difficult conditions saw Oman’s Al Faisal al Zubair and Spain’s Andy Soucek claim runner-up spot in the second race of the penultimate round of the 2021 International GT Open Series at Monza in Italy on Sunday.

The Lechner Racing Porsche 911 GT3 R crew started out on slicks and opted to pit straight away for wet tyres and the strategy paid off with another important haul of championship points and a podium finish.

Beretta and Schandorff remain firm favourites to clinch the championship title with just one round in Barcelona next month remaining.

Al Faisal had qualified P9 for the second race and to rally to post a second-place was a ‘thrilling feeling’.

Speaking after the podium celebrations on Sunday, Al Faisal said, “This weekend was good, especially the second race, where we started P9 after the rain in qualifying.

“P9 really put us on the back foot but we knew we had a strong car and if the rain came down it would favour us. Coming out on the formation lap on slicks seemed like the right call. But, just before the race started, we pitted for wet tyres. This was the best call and, ultimately, we did very good to climb from P9 to P2.

“We are very happy with this. We did not expect a P2 after starting so far back. The team did an amazing job when we came into the pits. We jumped three cars in the pit itself due to the team’s pit stop, which was great. I am now looking forward to the final race in Barcelona.”

The Lechner Racing Porsche lined up in ninth spot for the second race with pole position going to the Inception Racing McLaren of Joe Osborne and Nick Moss. Jacopo Guidetti qualified the Reno Racing Honda NSX in second place.

Damp conditions and light drizzle was present at the start and Al Faisal and Guidetti pitted from the rolling start to put wet weather tyres on their cars.

After the pit stop, Al Faisal rejoined in 18th spot and climbed back to 13th heading into lap three. The Oman driver’s early pit stop decision proved to be a good one as he moved to P8. With rain intensifying, Al Faisal moved up to fifth on lap six. Both Schandorff and Al Faisal overtook the leading Cup cars and moved into second and third positions with 44 minutes of the race remaining.

Pro class cars held the top-six positions heading towards the halfway point, with Crestani leading Schandorff by 6.922s and Al Faisal locked in a tussle with Giacomo Altoe for third.

Both Al Faisal and Schandorff pitted for driver changes and Soucek and Beretta took over for the remaining 34 minutes of the race from 14th and 15th places respectively.

Soucek and Beretta settled into third and fourth behind Hites and Federico Leo with 24 minutes of the race to run in difficult track conditions. Soucek managed to overtake Leo on lap 17 to snatch second and began to hunt down Hites.

The gap was 23.404s when a safety car came out under the yellow flag to allow for debris and a stricken Lamborghini to be removed from the circuit. Racing resumed under a green flag with 12 minutes left of the race and Soucek, Leo and Beretta tightly closed in behind leader Hites.

The rain had stopped but there was still a lot of standing water, as the leading quartet held station. Hites led Soucek by 5.806s after 22 laps with nine minutes of the race to run.

But the chasing trio was not able to hunt down the Ferrari over the closing laps and Hites reached the chequered flag 8.372s ahead of Soucek, with Beretta in third.

Earlier on Saturday, Al Faisal and Soucek had finished among points with a fifth spot.

The last two races of the 2021 International GT Open will take place in Barcelona on October 23-24. 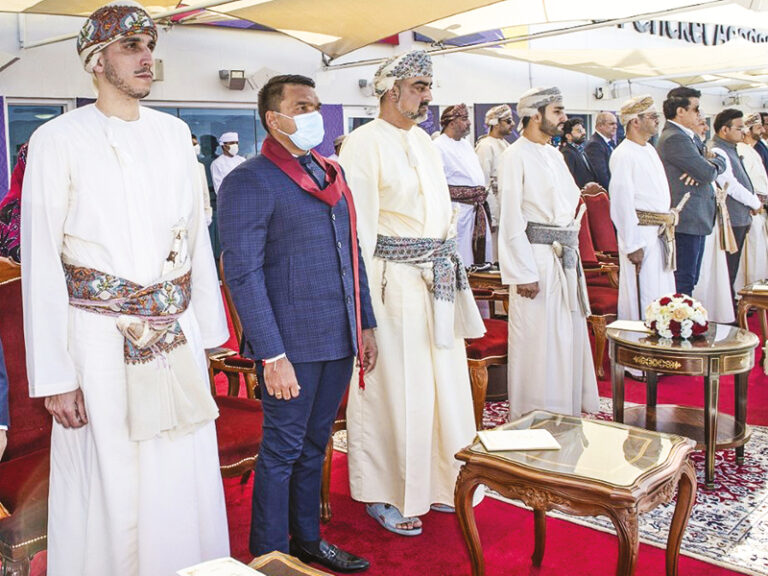 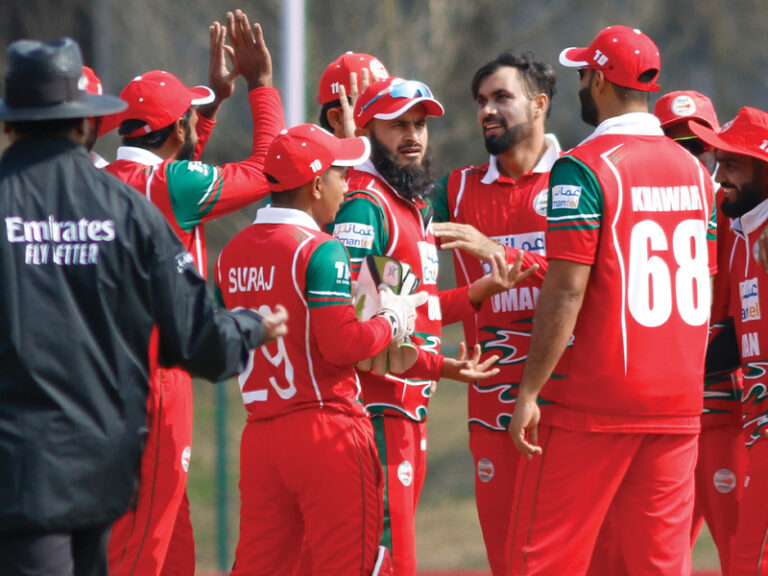 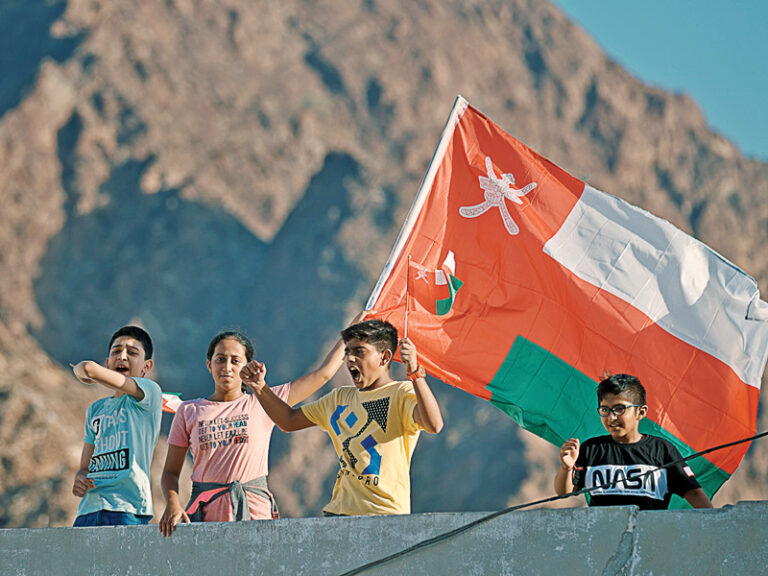