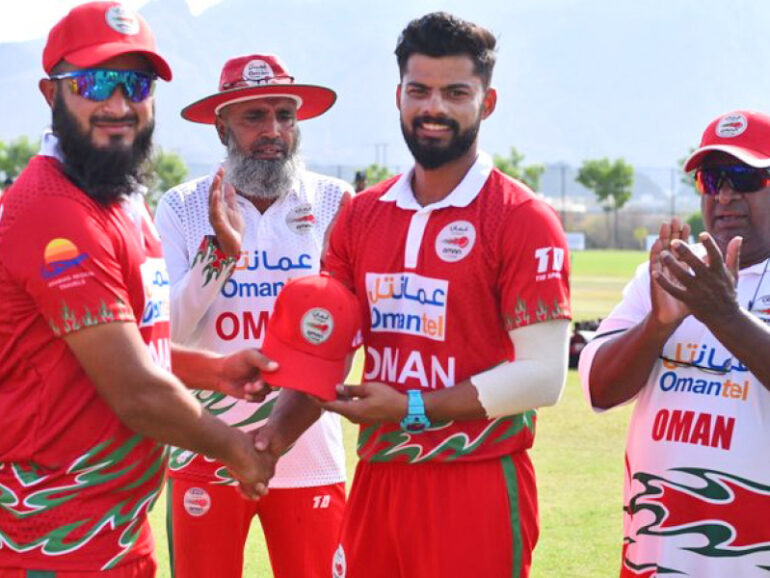 Muscat – The dominance of Oman in the ICC World Cricket League (WCL) 2 may be growing with each match but, what would be heartening for the chief coach, Duleep Mendis, would be to see the growing confidence of his boys. As Oman took to the ground for their first match of the second WCL tri-series at the Oman Cricket Academy Ground on Sunday, it was yet another confident allround display by the hosts that saw them pulverise Papua New Guinea (PNG) by 110 runs to begin their campaign in the tri-series on a winning note.

Scotland, which won the opening match of the tri-series against PNG on Saturday, are the other team in fray.
Such has been the dominance of Oman since the start of the WCL 2 action in Muscat on September 14, that the hosts have suffered just one defeat in the five matches they have played so far. The winning momentum will be to the liking of Mendis, the Sri Lankan great and Oman coach, as he prepares his team for the bigger challenge next month – T20 World Cup.

Sunday’s triumph strengthened Oman’s lead at the top of the seven-nation WCL 2 table as they now have collected 24 points from 15 matches with 12 victories. The USA are second with 14 from 16 matches and Scotland are third with 11 from nine games. PNG are at bottom with no points from ten matches.

Oman skipper Zeeshan Maqsood spun his spin magic around PNG batsman as he recorded one of his best one-day international (ODI) spells with figures of four for 28 to be named the player of the match. He had earlier contributed to Oman’s innings with bat by scoring 26 runs.

Chasing a stiff target of 251 to win, PNG were never in reckoning as they lost wickets at regular intervals. Maqsood struck early to remove opener Lega Siaka after pacer Bilal Khan got rid of other opener Gaudi Toka to leave PNG struggling at 36 for two.

The Oman captain then picked two more wickets to leave the rivals reeling at 60 for five in 17 overs.
Maqsood also claimed the prized scalp of his counterpart, Assad Vala, as PNG slid to 75 for six. A bit of resistance from Jason Kila (36) was snuffed out by Ayaan Khan who along with Aqib Ilyas ran through the tailenders to bowl them out for 140.

Ayaan took three for 12 to wrap up things while Ilyas picked two for 34. Both of them had earlier come good with the bat to help Oman reach 250 for seven.
Earlier, Oman handed ODI debut to opener Kashyap Prajapati (22) and he along with Ilyas (34) shared a 43-run second-wicket stand after the early exit of Jatinder Singh. Maqsood (26) and Ayaan (44) then took the team to 140 in 33 overs.

But it was Suraj Kumar, who played as a batsman, with Naseem Khushi taking over the wicketkeeping duties from him, who sparkled with his career-best ODI knock of an unbeaten 62 off 70 balls, surpassing his previous best of 58. The diminutive batter hit two sixes and two fours to guide the team to a strong total, aided by latee cameos from Khushi (27) and Kaleemulah (19 n.o.).

Oman next meet Scotland on Tuesday in a day game before playing the last-two matches under the newly-installed floodlights on October 1 and 2 against PNG and Scotland respectively.