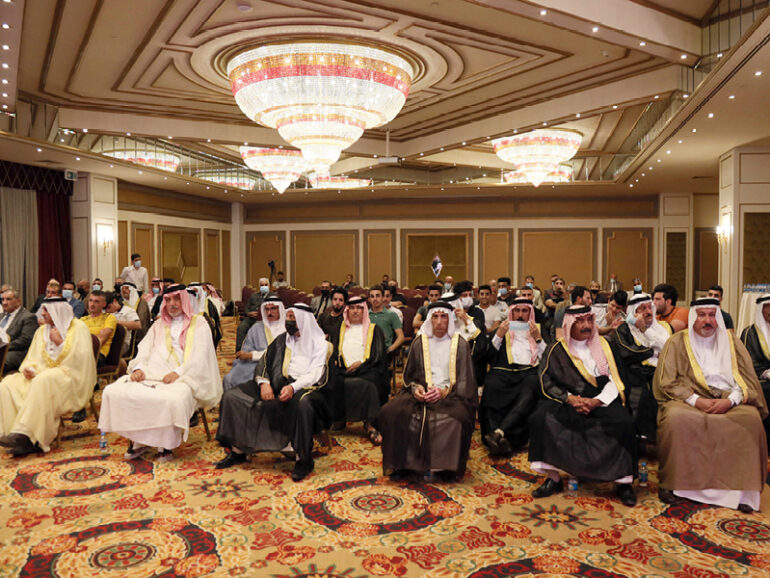 Baghdad, Iraq – Iraq’s judiciary on Sunday announced it has issued arrest warrants for three people including an ex-MP over a meeting that called for a normalisation of ties with Israel.

More than 300 Iraqis, including tribal leaders, attended Saturday’s forum in autonomous Iraqi Kurdistan organised by a US think-tank.

The judiciary, in a statement on its website, said it would take legal action against the others once they had been identified.

It named the three wanted for their role in calling for normal ties with Israel as tribal chief Wissam al-Hardan, ex-MP Mithal al-Alusi and Sahar al-Tai, head of research at the cultural ministry.

Alusi is a controversial secular Sunni MP who was briefly stripped of his parliamentary immunity in 2008 for visiting Israel.

Iraq has been technically in a state of war with Israel since the creation of the Jewish state in 1948.

After the 2003 US-led invasion, Hardan led the “Sahwa” group of Sunni tribesmen who joined with American forces in fighting jihadists.

At the forum held in Arbil, the Kurdish capital, Tai read out a closing statement saying: “We demand our integration into the Abraham Accords.”

But the federal government in Baghdad, which has fought in Arab-Israeli wars, does not have diplomatic ties with the Jewish state whose sworn enemy Iran wields a strong influence in Iraq.

The forum sparked the fury of the federal government and was also condemned by Iraqi President Barham Salah, himself a Kurd, as well as several leading figures and parties.

The government called the meeting “illegal” and “not representative” of Iraqi public opinion.

Powerful Shiite cleric Moqtada Sadr urged the government to “arrest all the participants”.

Ahmad Assadi, an MP with the Hashed al-Shaadi paramilitary coalition comprised of mostly pro-Iran groups, branded them “traitors in the eyes of the law”.

The organisers, the New York-based Center for Peace Communications (CPC), advocates normalisation between Israel and Arab countries, and working to establish ties between civil society organisations.

The 300 participants came from across Iraq, according to CPC founder Joseph Braude, a US citizen of Iraqi Jewish origin.