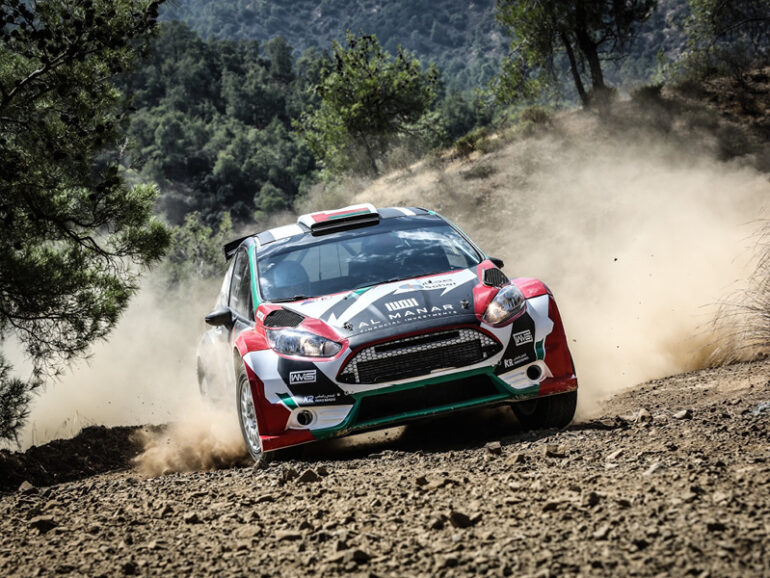 Muscat –The best days may have been behind Oman’s rallying star Hamed al Wahaibi. But what keeps him going is his insatiable hunger to compete and succeed at the top. For the 53 year old Wahaibi, rallying is a sport which defines him. Having competed in World Rally Championship (WRC) series in late nineties and excelled in regional rallies, his last top-level rally was in 2011.

Ten years after Wahaibi competed in an Middle East Rally Championship (MERC) in Dubai, he now returns to competitive rallying along with his former co-driver during his WRC days, Tony Sircombe of New Zealand.
Wahaibi will launch his comeback at the Cyprus Rally, the fourth round of the 2021 FIA Middle East Rally Championship (MERC) in Nicosia, which will be held from September 24-26.

If Wahaibi has flown the sultanate’s flag high in the past, then in recent times, it has been Abdullah al Rawahi, who has impressed in the regional circuit with his rallying skills and speed.
The 24 year old Rawahi, who had finished overall runner-up in the MERC behind rallying legend Nasser al Attiyah in 2020, will drive a Ford Fiesta with his regular co-driver Ata al Hmoud of Jordan in Cyprus.

Wahaibi had initially planned his comeback to MERC in May this year at the Jordan Rally, the third round of MERC. However, his plans failed as he was forced to pull out of the event following a testing accident in Jordan.
Both Wahaibi and Rawahi are in Nicosia for the rally and did testing with their respective teams on Tuesday and Wednesday ahead of the main action on Saturday and Sunday.

In his remarks to Muscat Daily, after going through a test session along with his co-driver, on Wednesday, Rawahi said, “I have been competing in Cyprus for the past couple of years. It is a challenging terrain and I am hopeful of doing well. I have an experienced co-driver in Ata and we are aiming for a podium.”

On his return after a decade-long gap, Wahaibi said, “I am excited to be back, and more so, in Cyprus after all these years.
“It is such a great place with very good people and culture. The roads are fantastic, but very slow and twisty. It requires a different rhythm. There is a different flow. A different driving technique is needed here.

“I have been out of rallying for a long time. I cannot wait to get started. My goal is to get to the finish and have a clear run and gain the miles that I have lost through the years. I want to get the confidence back. We will have a big disadvantage against the guys who have been doing this rally year-after-year.

“The team is good, the car feels great. What happened in Jordan was a setback for me. That’s why here it is like starting again at my first event.”

Wahaibi will drive a Motortune-run Škoda Fabia 1.6 with logistical support from Asyad Express, an Omani delivery and logistics company, and Sandan (a new industrial area near Muscat).

This year’s Cyprus Rally gets underway with a ceremonial start in Nicosia city centre on Friday evening. The Cyprus Automobile Association (CAA) has laid on 12 gravel stages over the weekend. Two loops of three stages of 6.19km (Nikatari), 20.07km (Kapouras) and 21.21km (Kourdali) make up the opening leg on Saturday. Crews will tackle three sinuous stages of 13.01km (Lythrodontas), 19.02km (Ayios Ephifanios) and 10.96km (Ayia Marina) on two occasions on Sunday. The overall distance of the event is 663.22 km, of which 180.92 km is the competitive distance.

The ceremonial finish is scheduled for Sunday evening.