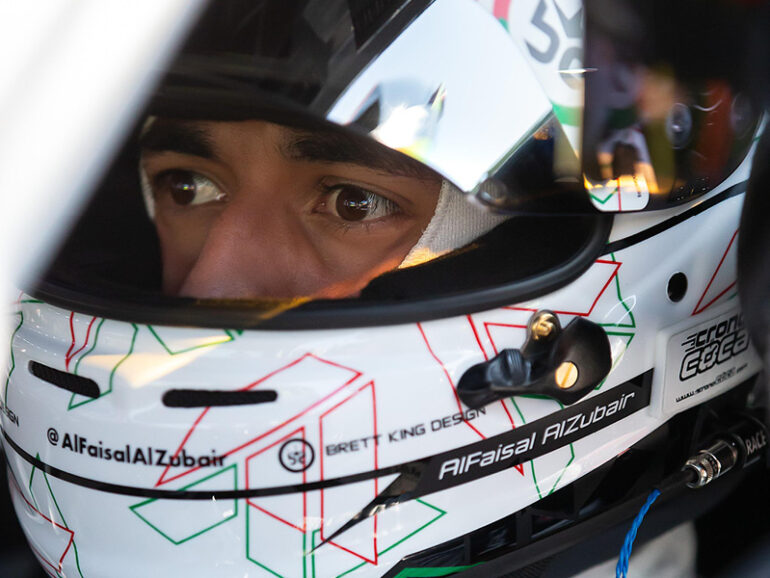 Muscat – Oman’s Al Faisal al Zubair and his teammate, Andy Soucek of Spain, head to the Italian circuit of Monza this weekend, hoping to erase their disappointment at the Red Bull Ring in Spielberg, Austria, with a strong show as they continue their challenge for top honours in the 2021 International GT Open Championship.

The Lechner Racing Team’s duo suffered a late puncture in their Porsche 911 GT3 R car to finish seventh in the second race after finishing 12th in the first race in the fifth round in Austria.

Soucek is currently overall second in the championship standings, 24 points behind the leading duo of Michele Beretta and Frederick Schandorff in their Vincenzo Sospiri Racing Lamborghini. Belgium’s Baptiste Moulin and Japanese teammate Yuki Nemoto are third while Al Faisal is at fourth spot after missing one race due to illness.

Ahead of the Monza race, Al Faisal said, “I am really looking forward to Monza. It is a track that I love from my previous stints, having competed during my racing days in the Porsche Super Cup.
“It is a track where I have performed strongly and I hope to keep the form this time too as this is my debut in Monza in the endurance series.”

The Omani racer added, “The team has been on great form. Obviously we had some bad luck in Austria. But the important thing was that Andy and myself kept up a good pace throughout and the car was running great. If that continues on the same path, and with a bit of luck, hopefully we can get back to the podium with race wins.

“There are two race meetings of this season left for us. It will be a difficult challenge for podium because there are four or five Pro car guest entries that will be added this weekend. I am confident in myself and Andy and am looking forward to
getting back on track.”

Teams will be permitted up to three free practice sessions on the Italian circuit with the opening 40-minute stint getting underway on Thursday afternoon. Sessions two and three start at on Friday and the first 30-minute qualifying
session fires into life on Saturday. This precedes the opening 70-minute race.

The second qualifying for GT Open teams takes centre stage on Sunday morning and the second one-hour race starts later in the afternoon.