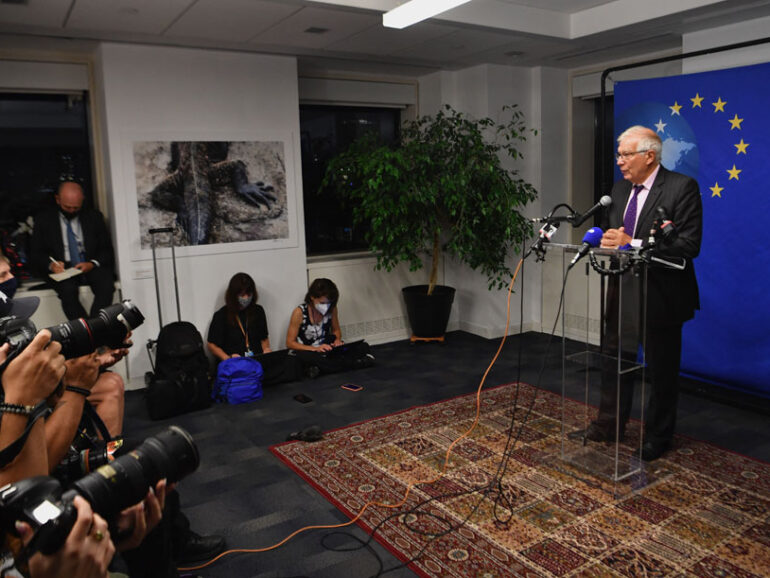 United Nations – European Union (EU) leaders backed France in its anger over a scuppered mega-contract as tensions rocked the Western alliance on Monday.

The tensions in the transatlantic alliance overshadowed the beginning of the UN General Assembly week, with Biden hoping to turn the page on the turbulent presidency of Donald Trump and rally allies in the face of a rising China.

Tensions with France suddenly took center stage after Australia last week canceled a multi-billion-dollar contract for French submarines, instead opting for US nuclear-powered ones as part of a new three-way alliance with Washington and London.

European Council chief Charles Michel said the bloc would seek answers, saying that allies needed to be sure of “transparency and trust.”

“We are observing a clear lack of transparency and loyalty,” he told reporters.

With Trump, “at least it was really clear – the tone, the substance, the language – it was very clear that the EU was not in his opinion a useful partner, a useful ally,” Michel said.

“This announcement ran counter to calls for greater cooperation with the European Union in the Indo-Pacific,” he said.

French Foreign Minister Jean-Yves Le Drian has accused the United States of betrayal and Australia of back-stabbing, and has no separate meeting scheduled with US Secretary of State Antony Blinken.

Le Drian called on Europeans to “think hard” about alliances, saying the contract showed “the persistence of reflexes from a time we had hoped had passed.”

US officials noted that Blinken will see Le Drian in a group setting Wednesday during talks on Iran amid last-ditch efforts to salvage a 2015 nuclear accord.

Biden also plans to speak by telephone with French President Emmanuel Macron, one of a number of leaders skipping the General Assembly due to COVID precautions, on “the way forward,” another official said.

US officials said Blinken, a fluent French speaker who grew up in Paris, sought to contain damage Friday in a conversation with France’s ambassador in Washington before the latter was recalled to Paris for consultations as a protest.

Officials said Blinken also passed along continued concerns by France and other allies over a ban on European travelers imposed at the start of the COVID-19 pandemic.

In a significant reversal, the Biden administration announced it would ease a COVID-19 travel ban on all air passengers so long as they are fully vaccinated and undergo testing and contact tracing.

The European Union, eager to avoid a second summer without US tourists, had relaxed its own rules months ago and had been threatening to reimpose them, angry that the United States had not reciprocated.

European powers including Germany – which has been circumspect in its remarks on the EU-France row – hailed the shift on travel.

Biden took office vowing to defeat the pandemic but has increasingly faced political pressure as sections of the American public stubbornly refuse vaccinations and as the Delta variant sends caseloads rising again.

Biden will hold a special virtual summit Wednesday on ways to end the pandemic, with the United States seeking to show a leadership role after already donating more than 100 million COVID-19 vaccine doses abroad.

Barks-Ruggles said the summit is aimed at seeing how to “have greater ambitions to get vaccines into arms quickly.”

Hoping to avoid the spread of COVID-19, New York authorities have asked that all UN visitors be vaccinated.

One person who defied the recommendation was Brazil’s far-right president, Jair Bolsonaro, who flew in despite his vaccine skepticism.

On the eve of the summit, he was spotted eating pizza on a New York street, apparently deprived from going inside because of the city’s vaccination rules for restaurants. 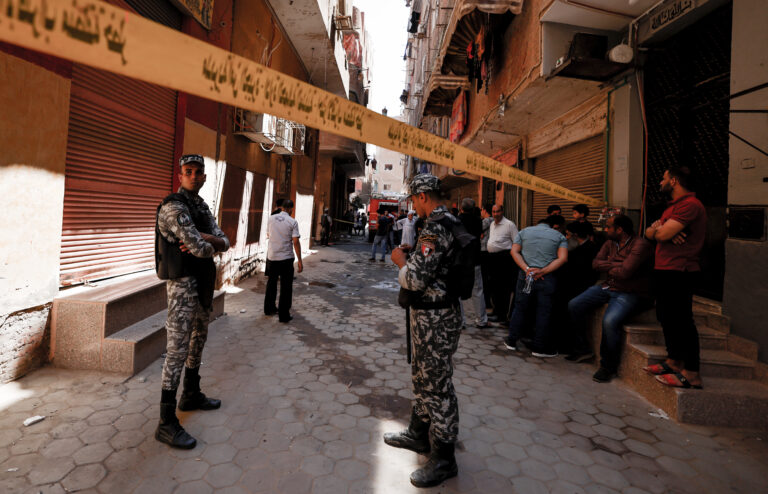