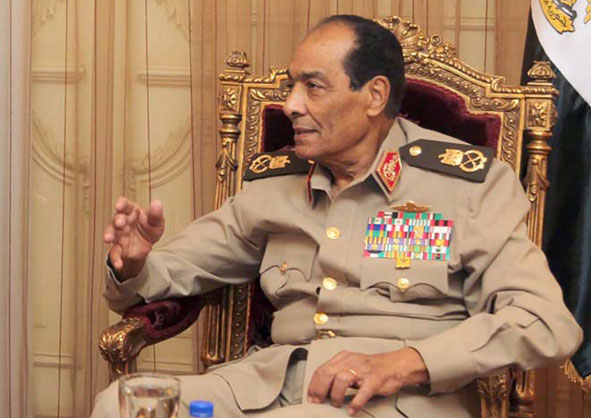 Cairo, Egypt – Egypt’s Mohammed Hussein Tantawi, who headed the military junta that ruled after president Hosni Mubarak’s ouster in the Arab Spring protests, has died at age 85, the presidency said on Tuesday.

After his stint as Egypt’s de facto leader, he was soon sacked by the country’s first freely elected president, the Islamist Mohamed Morsi, and spent his remaining years largely out of public view.

President Abdel Fattah al Sisi paid tribute to him in a statement that confirmed his death, calling him one of “Egypt’s most loyal sons”.

“He dedicated his life to serving the nation for more than half a century… (He was) a statesman who took responsibility for running the country during a very critical time,” the statement added, referring to the tumult after the 2011 revolution.

The government newspaper Akhbar al Youm said the field marshal died on Tuesday “after giving a lot” to his country.

The European Union’s delegation in Cairo paid tribute to Tantawi in a tweet, saying he had served Egypt “decades in crucial roles throughout his career”.

President Sisi declared a period of national mourning, without specifying how many days.

A veteran of Egypt’s wars and politics, Tantawi had long served as Mubarak’s defence minister and as chairman of the Supreme Council of the Armed Forces.

From infantryman to army chief

Tantawi became the acting head of state of the Arab world’s most populous country after an 18-day popular uprising during the region’s “Arab Spring” protests ended Mubarak’s rule in early 2011.

Like all Egyptian leaders from the overthrow of the monarchy in 1952 to the 2012 election of Morsi, Tantawi came from the ranks of the military.

After taking charge of the country, his ruling council quickly said Egypt would stay “committed” to its regional and international treaties, implicitly confirming that its landmark 1979 peace treaty with Israel would remain intact.

In 1991, Tantawi was on the side of the US-led coalition in the first Gulf War after Iraqi dictator Saddam Hussein invaded Kuwait.

He served as Egypt’s minister of defence and military production for 21 years and became the army chief in 1995.

Despite being a close associate of Mubarak, Tantawi relented to public pressure and put the ex-president on trial on charges of inciting the killing of hundreds of protesters during the 2011 uprising.

Tantawi was often perceived as a possible presidential candidate after Mubarak’s ouster, but his age and reported ill health counted against him.

Those who knew him felt he would likely have failed to meet the surging democratic aspirations of Egyptians after Mubarak’s ouster.

A March 2008 US diplomatic cable published on activist website WikiLeaks described Tantawi as “charming and courtly” but also “aged and change-resistant”.

“He and Mubarak are focused on regime stability and maintaining the status quo through the end of their time. They simply do not have the energy, inclination or world view to do anything differently,” the cable warned.

The army was widely praised for allowing anti-Mubarak protests during the uprising, and the junta vowed to pave the way “to an elected civil authority to build a free democratic state”.

Demonstrators had often hailed the armed forces as a unifying national force – less brutal and corrupt than the interior ministry police or pro-Mubarak thugs who attacked their marches.

But their joy soon turned into anger, accusing the military of dragging its feet in launching democratic reforms.

Morsi, less than two months after his election as Egypt’s leader in June 2012, sacked Tantawi and, fatefully, replaced him with then military intelligence chief, Abdel Fattah al-Sisi.

Sisi went on to oust Morsi after street protests against the Islamist’s single year of divisive rule, and himself became president in 2014.

After his sacking, Tantawi largely kept a low profile, although he was seen attending the inauguration of the “new Suez Canal” in 2015.