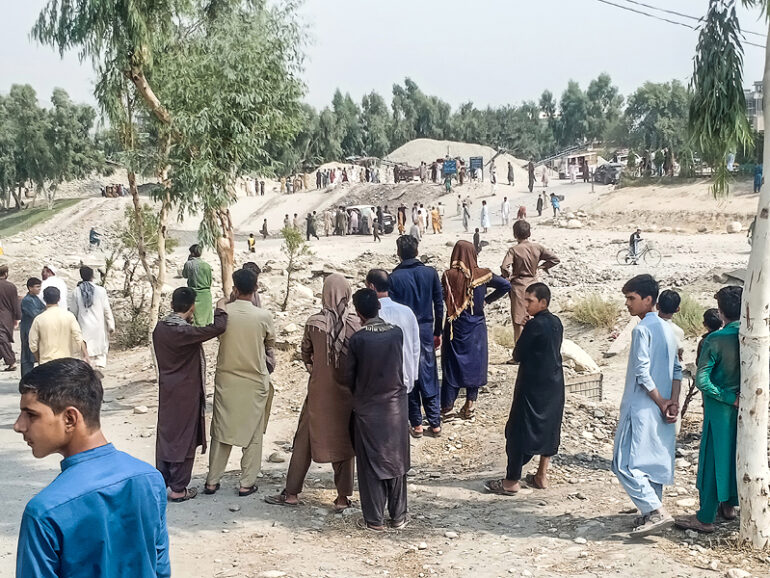 Kabul, Afghanistan – Taliban fighters came under attack after their became the target of a bomb in the Afghan city of Jalalabad on Sunday, local media reported, a day after at least two people were killed in a series of blasts in the area.

Witnesses told local media that several wounded Taliban fighters were taken to hospital after the explosion, which one journalist said happened near an interchange for transport to and from the capital, Kabul.

Further details were not immediately available.

At least two people were killed in Jalalabad on Saturday in the first deadly blasts since the last US forces withdrew from Afghanistan on August 30.

The eastern city is the capital of Nangarhar province, the heartland of the Islamic State group’s Afghanistan branch.

Although both IS and the Taliban are hardline Sunni Islamist militants, they have differed on the minutiae of religion and strategy. That tussle has led to bloody fighting between the two.

Iranian President Ebrahim Raisi on Saturday said that the Islamic republic would not allow the IS group to establish a presence on the country’s border with Afghanistan.

“We will not allow terrorist organisations and IS to set up next to our border and strike other countries and the region,” Raisi said.

Soon after the Taliban takeover, the United States conducted a drone-strike in their pursuits against the IS militants.

However, later it was revealed that the drone-strike on August 29 killed seven children and three civilian adults.

Relatives of the victims of a US drone strike that wiped out 10 members of an Afghan family in that ‘tragic mistake’ demanded a face-to-face apology and compensation on Saturday.

Ezmarai Ahmadi was wrongly identified as an Islamic State militant by US intelligence, which tracked his white Toyota for eight hours on August 29 before targeting the car with a missile, killing seven children and three adults.

A top general admitted the attack was an error, and US Defense Secretary Lloyd Austin apologised to the relatives of those killed.

However, Ahmadi’s 22-year-old nephew, Farshad Haidari, said that was not enough.

“They must come here and apologise to us face-to-face,” he told AFP in a bombed-out, modest house in Kwaja Burga, a densely populated neighbourhood in the northwest of the Afghan capital.

Haidari, whose brother Naser and young cousins also died, said the US had made no direct contact with the family.

“They must come and compensate,” he said. “They were not terrorists, and now it is clear for them and all the world to see,” he said of his relatives.

Haidari added that he wanted officials to “capture and prosecute” those responsible for firing the missile.

At the time of his death Ahmadi was working for a US aid group.

Haidari said all the victims had received evacuation papers and had hoped to go to the United States soon, like many Afghans eager to flee newly Taliban-ruled Afghanistan.

On the night of the strike, Ahmadi pulled his car into his driveway before youngsters piled into the vehicle – pretending the parking routine was an adventure – while he watched from the side.

A missile then came screeching down onto the car – obliterating the lives of ten people in an instant.

The wreckage of the vehicle was still in the courtyard of the house on Saturday, alongside another burned-out vehicle.