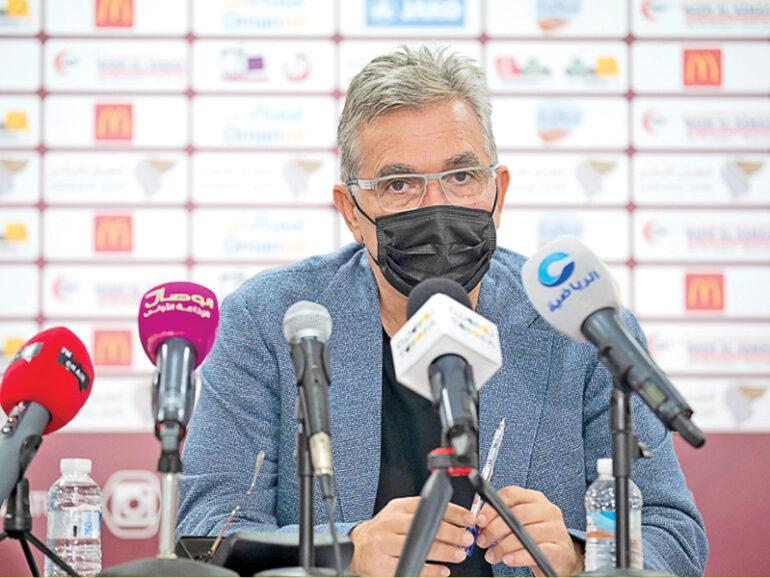 Muscat – The narrow defeat against the Saudi Arabia at home on September 7 hardly has dampened the mood of the Oman coach Branko Ivankovic.

The Croatian is still upbeat about the Red Warriors’ progress in the AFC Asian Qualifiers – Road to Qatar Group B campaign and on Monday reiterated that he dreams to lead Oman to the maiden World Cup finals despite the setback against the Saudis at the Sultan Qaboos Sports Complex (SQSC).

A historic 1-0 win over hosts Japan at the start of the month in Osaka had the whole continent take notice of the young and talented Oman squad. However, the high-flying Red Warriors were brought down to the ground after a hard-fought game against the Saudi Arabia that ended in a defeat with the hosts strikers guilty of squandering couple of goal-scoring chances. Following the completion of two games each for all the six teams in the group, Oman are at third spot in the standings and with two back-to-back matches scheduled next month, Ivankovic is confident that his boys are ready for the challenges ahead.

“They [my boys] have displayed their talent and potential in abundance on the ground and I am proud of them. They have in them the confidence and the ability to take on the best in the continent,” the 67-year-old Ivankovic said at a press conference held at the Oman Football Association (OFA) headquarters on Monday.

Oman next plays against Australia on October 7 with the venue yet to be confirmed by the Asian Football Confederation (AFC) followed by a game against Vietnam at the SQSC on October 12.
Australia lead the standings with four points, the same as Saudi Arabia, but the former is ahead on goal-difference. Japan and Oman are third with same points while Vietnam and China have yet to open their accounts.

According to OFA sources, there is a strong possibility that the game against Australia, which is a home game for the Socceroos, could be held in Doha, Qatar, due to the strict COVID-19 protocols in place in Australia. An official confirmation on the venue is expected to be made soon. With Doha likely to be the venue, Ivankovic announced that the national team will hold a preparatory camp in Doha from September 21.

During the camp, which is expected to last till October 7, if they do not have to travel Down Under, the Red Warriors are expected to play couple of friendlies with the opponents yet to be confirmed.

Ivankovic said he was ‘satisfied’ with his boys’ performances in the two matches played so far.

He said, “We had prepared very well for Japan and Saudi Arabia matches. The players’ performed at a top level and I was satisfied with the team’s technical level and discipline.”
During the Qatar camp, starting next Tuesday, the team will miss overseas professional players including captain and goalkeeper Faiz al Rusheidi (Mes Rafsanjan Club, Iran), defender Mohammed al Musalami (Al Gharafa Club, Qatar, Zahr al Aghbari (Mes Rafsanjan), and Jameel al Yahmadi (Al Markkhiya Club, Qatar) as the clubs are not bound to release them during non-FIFA days.

Ivankovic said that he was hopeful that the forthcoming camp in Doha will serve well the technical and tactical needs of the team ahead of the clash against Australia and Vietnam.

The coach said, “My players are confident of producing good results.” He added that ‘the dream of guiding Oman to their maiden World Cup’ is not an easy task but ‘we will fight hard for achieving it in our bid to make the long-cherished dream true’.
The Croatian coach picked 26 probables for the Doha camp.