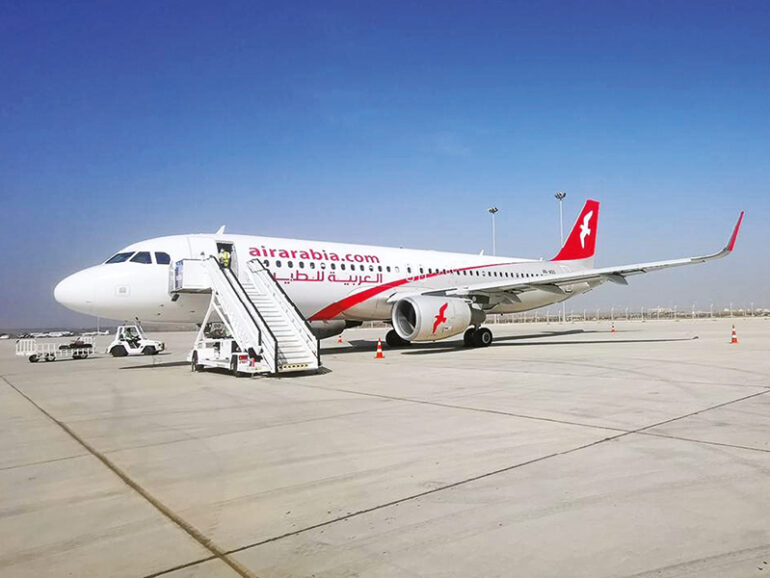 Muscat – Sohar Airport saw the return of international flights after more than a year on Monday when an Air Arabia flight landed at the airport, marking the beginning of seven daily flights between Sohar and Sharjah, UAE.

‘In a commitment to enhance air traffic in the sultanate, the efforts of a specialised team at Oman Airports culminated in the return of international operations at Sohar Airport this morning,’ Oman Airports stated.

Oman Airports had initially announced that Air Arabia will be operating three weekly flights from Sharjah International Airport to Sohar. It, however, announced on Monday that the flights will be expanded to seven every week. ‘The flights are resuming at Sohar Airport by following the new travel protocols adopted at the sultanate’s airports in line with the national efforts to tackle the COVID-19 pandemic.’

Mohammed al Shuaili, vice president of regional airports, Oman Airports, said, “Oman Airports, represented by its commercial units, seeks cooperation and coordination with its strategic partners. To draw clear plans of action to ensure the sustainability and success of Sohar Airport, the authority is focusing on international flights as well domestic operations, and the efforts have been successful in getting these daily Air Arabia flights.”

He was hopeful that the frequency of flights at the airport will soon increase to that of pre-pandemic days. “Efforts are ongoing to attract new direct flights to domestic airports.”

Ali bin Thani al Khaifi, director of Sohar Airport, said, “We are ready to welcome all local and international airlines.”

He added that the airport is applying the highest standards of health and safety in implementation of the precautionary measures. “The procedures have been approved by the competent authorities and adopted to ensure a safe and smooth travel for all users of Sohar Airport.”