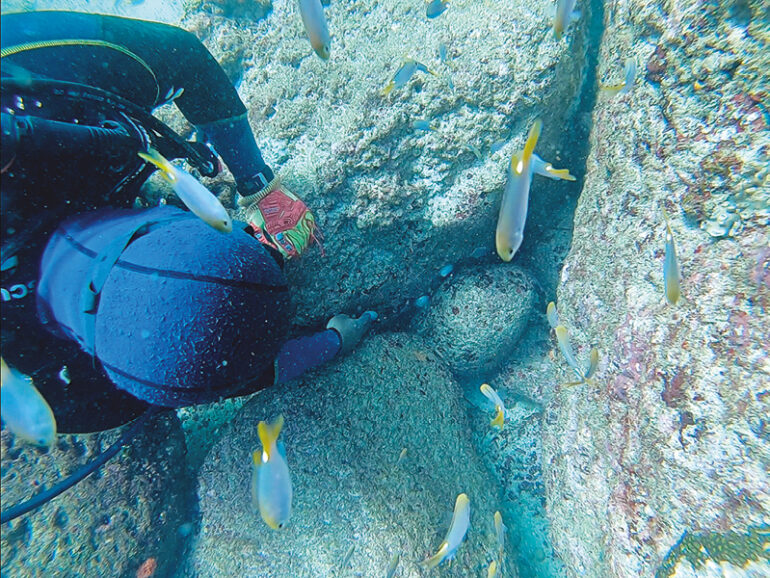 Muscat – The Ministry of Agriculture, Fisheries and Water Resources is running a RO100,000 project to increase abalone catch by breeding juvenile abalone in Mirbat in ponds and then resettling them in their natural environment in the sea.

The abalone catch has dwindled over the years in the Omani waters with an annual catch in the range of 50 to 55 tonnes. To ensure a sustainable stock of abalone and support fishermen, the Ministry of Agriculture, Fisheries and Water Resources has banned harvesting, collecting and dealing in abalone during the 2020 and 2021 fishing seasons.
Salem bin Ahmed al Ghassani, director of the Fisheries Research Centre, Dhofar, said that the project aims to ensure supplementing the natural stock with additional numbers of farmed abalone for the purpose of improving some of the affected sites and creating new sites for abalone proliferation in the future.

“The cost of the project, funded by the Agricultural and Fisheries Development Fund, amounts to about RO100,000,” Ghassani added.

Under the project, the plan is to produce and breed 92,000 juvenile abalone in Mirbat in private ponds for a period of a year to a year and a half in addition to identifying sites for the resettlement of the juveniles.

“The sites for the settlement are identified through field surveys (diving) and assessing in terms of availability of rocks and shelters for abalone. The need for sufficient food from seaweeds and algae is also ensured.”

Ghassani added that such sites are located in Mirbat, Sadah, Hadbeen and Hasik in Dhofar and Saqra and Al Lakbi in Al Wusta. The resettlement in the target sites are done by divers, and as of now 18,000 have been deployed Dhofar and 11,000 in Al Wusta.

The ministry has stated that Oman’s abalone stocks continue to deplete as a result of divers’ malpractices during the fishing season, as well as fishing outside the season.
The ministry surveyed abalone stocks (Abalone Survey 2020) for a month starting on March 15 in 2020 in Dhofar governorate. The survey, conducted in Mirbat, Sadah, Hadbien and Hasik, was aimed at defining biological indicators – including density, accumulation and size – of abalone and comparing these to data of previous surveys.