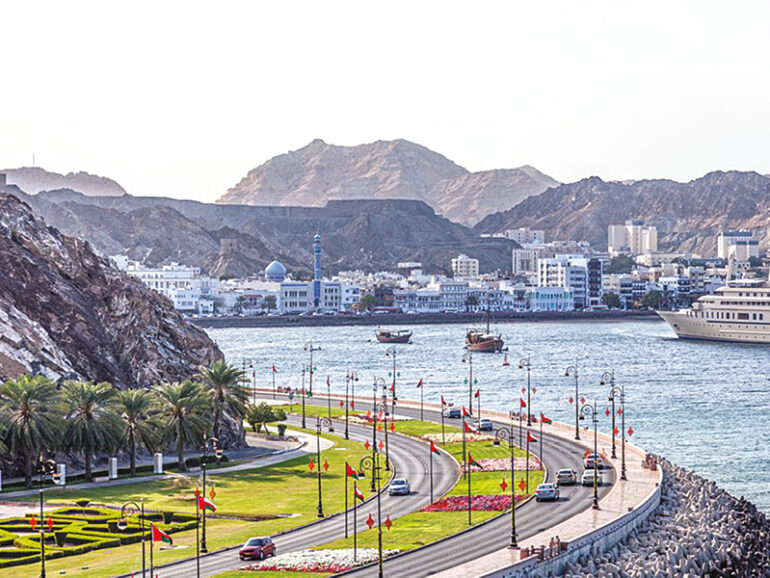 Muscat – Muscat is the sixth best capital city in the world to visit on a holiday. The four other GCC capital cities – Abu Dhabi, Manama, Riyadh and Kuwait – also appear among the top ten in the Capital Cities Index.

Bounce, one of the largest luggage storage networks in the world, in its Capital Cities Index, has ranked 69 most developed capitals in the world in terms of man-made features and amenities, as well as weather and climate to declare the ‘best capital city in the world to visit on a holiday’.

‘Often one of the most popular areas of a country to visit is the capital city, for it being a hub for tourist activities, sightseeing, and amenities within a nation,’ stated the index report.

‘As borders open up and travel becomes ever more accessible, capital cities are ready to welcome back tourists from all over the world. The better equipped the capital the more popular it could be as a result.’

Valletta, the capital city of the small Mediterranean island nation of Malta, tops the list with a total score of 6.74/10. The major reason for this is the number of attractions and restaurants per square kilometre.

‘In fact, there are over 311 attractions per square kilometre which is 237.5 more than the second-highest scoring capital – Paris.’

New Delhi is the only other city to achieve a total score of more than 6/10, and consequently the third highest-ranking capital. The average nightly cost of a hotel in the city is US$101.87, which is around US$35 less than the average of all the cities studied.

In New Delhi, there are 290.61 restaurants per square kilometre, which is the second-highest density among all the featured capitals.

Manama is the fourth-best capital city for a holiday with a score of 5.7710. Manama has a very low crime rate score of just 17.28/100, over and above its high scores due to average temperatures and annual rainfall given its geographical location.

The Cheapest Public Transport has been found to be in Luxembourg, which officially made all travels in public transports absolutely free.

Average temperatures across all the major capital cities is 15.23°C, with a range of 25.1 degrees between the coldest and hottest cities. Bangkok, the capital of Thailand, has the highest average temperature of 28.6°C, followed by Manila (Philippines) at 28.4°C and 28°C in Muscat.

The City With the Least Rain and conversely guaranteeing a dry holiday is Cairo where there is only 18mm of rainfall a year. Second-ranked city Abu Dhabi sees 42mm of rain per year, and 66mm per year in Riyadh (Saudi Arabia).

Among the Safest Capital Cities is Vaduz (Liechtenstein), which scores 0 making it the safest capital city in terms of crime in the world. Abu Dhabi takes the second place with a score of 6.88.