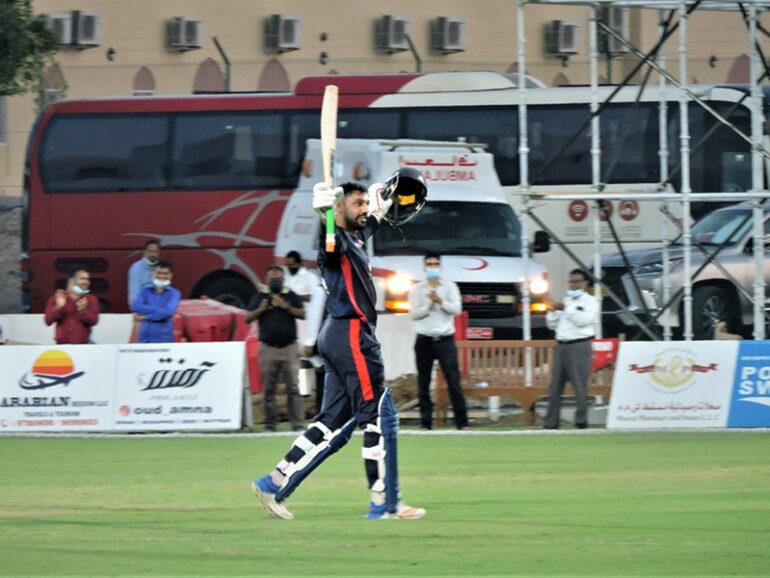 Two tri-series to be played till October 2

Muscat – The record blitz from Jaskaran Malhotra, the USA batsman who blasted six sixes in an over and 16 hits over the ropes in his unbeaten knock of 173 against Papua New Guinea (PNG) last Thursday, during their ODI game at the Oman Cricket Academy Ground has set the tone for the ICC Men’s Cricket World Cup League 2, which resumes on Monday since the COVID-19 outbreak with Nepal facing the USA at the same venue.

Over the next few weeks, cricket fans can expect to watch some more fireworks as hosts Oman, Nepal and the USA play a ODI tri-series followed by another ODI tri-series featuring the hosts, PNG and Scotland.

In a recent two-match ODI series USA played against PNG in Oman, Malhotra became only the fourth player to strike six sixes in an over in international cricket. The American joined an exclusive club that includes some of the game’s greats and hopes to bring this superb form into the series.

In the first tri-series, Oman play Nepal on Tuesday while the hosts clash with the USA on Thursday. The remaining fixtures are Nepal vs Oman on September 19 and the hosts against the USA the next day.

Mendis has brought in Shoaib Khan in the 14-member WCL squad with Fayyaz Butt and Khurram Khan missing out after the two were named in the hosts’ T20 World Cup squad. The rest of the team remains the same for the WCL tri-series and the T20 World Cup.

Meanwhile, the ICC said that following a streaming arrangement with IMG Arena, the ODI series will be available to view live on FanCode in the Indian subcontinent and on ICC.tv in the rest of the world.