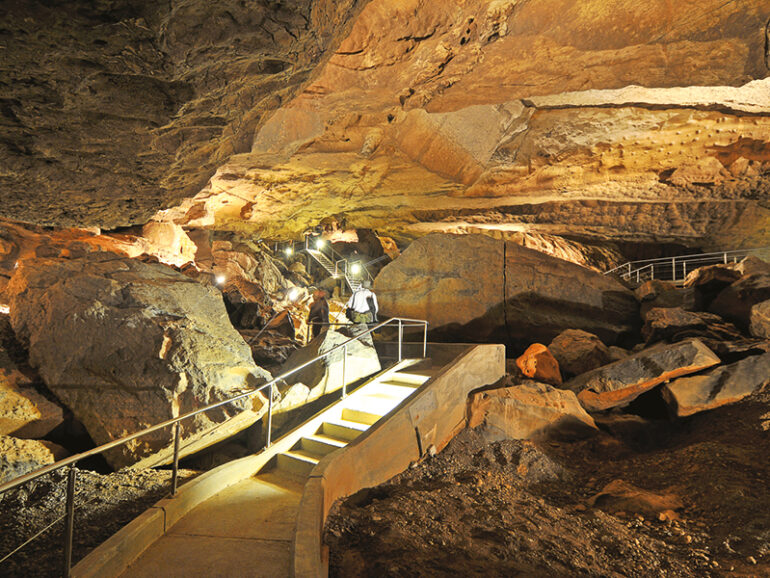 Muscat – Al Hoota Cave, most famously known for its rare population of blind fish and the stunning stalactites hanging from the ceilings and stalagmites reaching up from the floor, is preparing to enhance facilities to attract more visitors to the cave.

Like all other tourist attractions, Al Hoota Cave has also borne the brunt of the COVID-19 pandemic with fewer visitors coming in recent times.

Located in the wilayat of Al Hamra in Dakhliyah governorate, the cave is estimated to be more than two million years old.

Salim bin Ali al Shaksi, director of operations, Al Hoota Cave, said in a statement to ONA that there is a study to make improvements to the facilities that include expanding the place for visitors to the cave.

He expects the numbers of visitors to the cave would increase now with the decision of the Supreme Committee in charge of dealing with COVID-19 opening tourism activities.

“This in addition to the high rate of vaccination in the sultanate and the improvement of epidemiological indicators would help improve visitor numbers,” he said optimistically.

“The demand for domestic tourism, especially with temperatures dropping now is going to pick up,” he added.

Shaksi pointed out that there are teams working on promotional plans to increase the number of visitors to the cave, “through tourist offices and by promoting it through social media”.

Al Hoota Cave contains a rich ecosystem with the presence of four lakes. Three of them are small and located in the north of the cave, while the other is in the middle of the cave and can be visited on foot.

The fourth lake contains about 30,000m3 of water and is 800m long, 10m wide, and has a maximum depth of about 15m. The lake also is known for its rare population of blind fish.