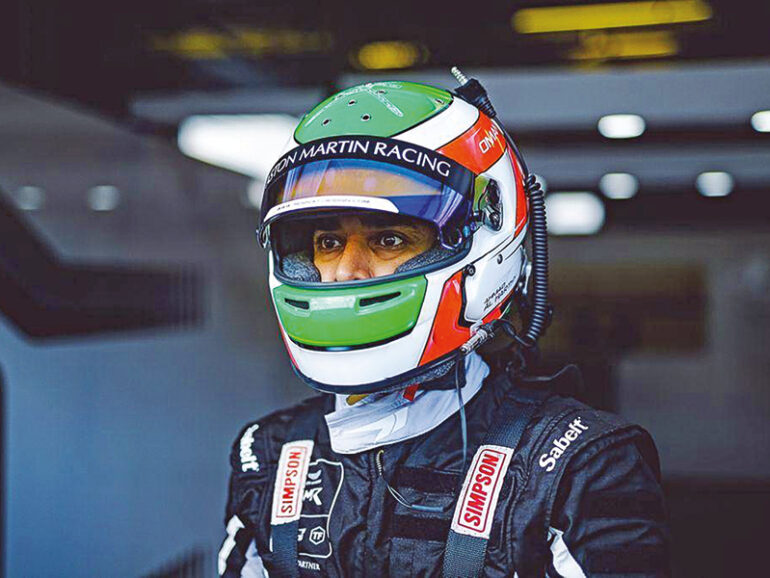 Oman Racing’s Ahmad al Harthy made a strong return to the GT World Challenge Europe (GTWCE) at Germany’s Nurburgring circuit on Saturday as he along with his teammates posted the second fastest time in the Pro-Am class during the pre-qualifying session.

Ahmad was joined by Giacomo Petrobelli and Maxime Martin in the No 97 Aston Martin Vantage GT3 car and the trio put up a strong show ahead of the final qualifying and the three-hour race on Sunday.

The Oman Racing line-up made a last-minute change with Aston Martin factory driver Martin standing in for Charlie Eastwood – the latter self-isolating having been a close contact of someone who has tested positive for COVID-19.

Ahmad performed like he had never been away from Europe’s biggest and best GT3 championship, as he returned to his first competitive race in the category since the end of the 2019 season.

The double Pro-Am champion was very happy with his pace and consistency.

“It was a good pre-qualifying for us. We’ve been really working hard since the first session at the Nurburgring to make sure the car is working well at this circuit. We’re looking forward to going out in the final qualifying and doing a good job. We worked a lot on our race pace as well to make sure we have a good car for the race too.

“I’m really looking forward to qualifying and then do a good race. It’s great having Max [Martin] in the car in place of Charlie [Eastwood]. We all wish Charlie well.  It is great to work with Max and Giacomo [Petrobelli] for the first time. We’re all working very well together.”

In the 90-minute pre-qualifying session on Saturday, Ahmad’s teammates made a significant step forward and delivered outstanding pace.

Producing a best time of 1m55.227 seconds, courtesy of Martin, the Oman Racing drivers were placed fifth quickest overall in the huge 44-car entry and, most importantly of course, they were second fastest in Pro-Am category – just a tenth of a second shy of quickest in class.