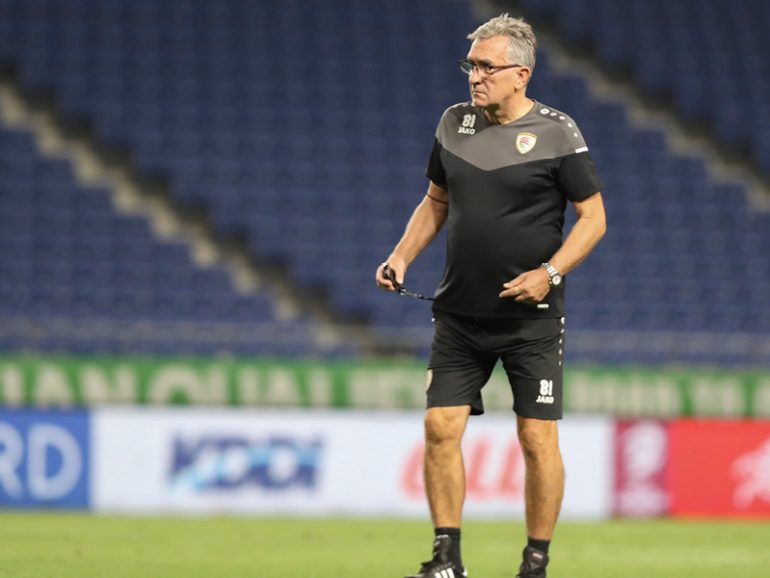 Oman’s coach Branko Ivankovic is a respected figure among the footballing world.

With a wealth of experience, the 67 year old gears up for yet another challenge – guiding Oman to the maiden finals at the 2022 FIFA World Cup in Qatar.

Ivankovic steered Oman into the third round of the AFC Asian World Cup Qualifiers in June with a second-place finish in the group behind Qatar.

On Thursday, Oman begin their ambitious campaign against the fancied and heavyweights Japan in a third round Group B Asian World Cup Qualifier at the Suita City Football Stadium in Osaka, Japan. The match kicks off at 2.14pm, Oman time.

Ivankovic, who trained his Red Warriors  in Serbia for a month ahead of the third round qualifiers, admitted that his side faces a ‘challenging task’.

Speaking on the eve of the match in Osaka, Ivankovic said, “We are happy to be here in Japan to play the third round qualifiers. We have prepared well for the past month in Serbia, where we also played a few friendlies. Undoubtedly, we are in a tough group with Japan and Australia, who have a rich experience of playing in the FIFA World Cup finals over the years.”

At the training camp in Serbia, Oman notched up wins over FK Kolubara, Qatar Club, Spartak Subotica and FK Vozdovac.

The wily Croatian, who led Iran’s Persepolis Club to the Asian Champions League final in 2018 said, “Japan is one of the best teams in Asia. They consist of players who are thriving in the top European leagues. The Japanese players have plenty of experience.”

Ivankovic, who took over Oman in January, 2020, said that ‘he is proud to lead Oman in the third round of FIFA World Cup and 2023 Asian Cup’.

“We will try to make Oman fans happy with good results. We are ready for the game against Japan, though we had few injury concerns. But Mohammed al Musallami (defender), Mohsin al Ghassani (striker) and Ahmed al Kaabi (midfielder) have all recovered and are ready for  tomorrow’s game,” the coach added.

Meanwhile, Japan coach Hajime Moriyasu will look to take the positives of his team’s run to the semifinals at the Tokyo Olympic Games.

Moriyasu, who serves as both the Olympic and men’s national team coach, led the country’s U24 squad to fourth place at Tokyo 2020 after guiding the Samurai Blue into the third round with a perfect record. Japan aim for a seventh straight FIFA World Cup qualification and hope to begin on a winning note at home.

Moriyasu has included nine players from the 22-man squad selected for the Olympics in his line-up against Oman.

The third round will witness 12 of Asia’s best teams fight for four direct spots available for teams in the two groups. Besides Oman, Japan and Australia, Group B also features three-time Asian champions Saudi Arabia, China and Vietnam.

Oman have reached this stage (third round) for the third time in their history after 2002 and 2014.

The Red Warriors were also drawn with Japan and Australia during the third round stage of the 2014 qualifiers.