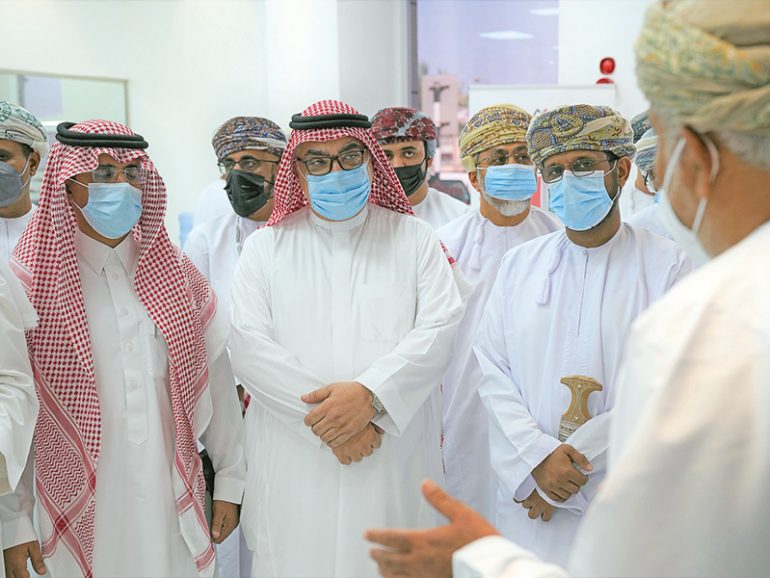 A high-profile Saudi business delegation on Tuesday visited Sohar Industrial City, which falls under the umbrella of the Public Establishment for Industrial Estates – Madayn, to explore the investment climate in the industrial city.

H E Dr Saleh bin Said Masan, Undersecretary for Commerce and Industry in the Ministry of Commerce, Industry and Investment Promotion, and chairman of Madayn’s Board of Directors, welcomed the Saudi business delegates and briefed them on Madayn’s mission in “attracting industrial investments and providing continued support, through regionally and globally competitive strategies, good infrastructure, value adding services, and easy governmental processes”.

“Work is in full swing in developing phase 7 of the industrial city, which will be completed during the first half of next year and shall provide integrated infrastructure and more space to attract and localise new investments,” Qasabi said.

He further informed that the investment volume in the Sohar Industrial City has exceeded RO2bn.

“A total of 380 industrial, service and commercial projects are operating in Sohar Industrial City, which employ more than 13,700 personnel.

Additionally, Madayn is currently working on implementing two strategic projects in the industrial city. The first is Madayn Vehicle Complex (Motkar) and the other is the Plastic Industries Complex,” he said.

Qasabi also outlined the incentives offered by Madayn to woo investors which include lease period of lands and facilities for up to 30 years, renewable for the same period; ability to waive the lease right for the remaining period of the contract; right to sell constructions and buildings on the leased land; right to involve new partners in the lease contract; fair evaluation of buildings and facilities upon the termination of the lease contract; developed and equipped lands with basic services (water, electricity, telecom, roads); transparent legal frameworks, and other incentives.