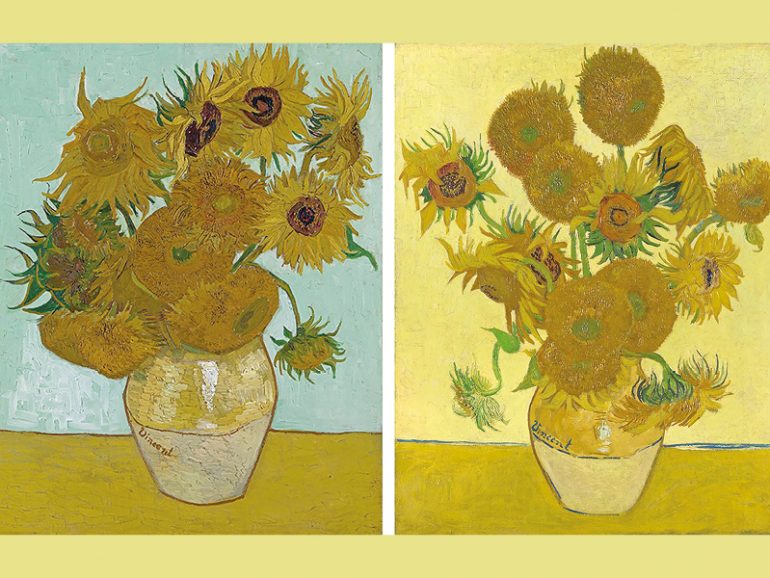 August, the month when sunflowers bloom, is the right time to remember Vincent Willem van Gogh, a Dutch post-impressionist painter who is considered the most influential figures in the history of Western art

In less than a week, in August 1888, Vincent van Gogh, the legendary Dutch painter, painted a series of still-lifes of Sunflowers. Although they failed to sell during his lifetime, they would now be worth an unimaginable sum. Today, these sunflowers are arguably the world’s most instantly recognisable artworks.

It is less known that Gogh painted four still-lifes of sunflowers in the Yellow House in Arles in 1888. The first, with three sunflowers, has always been hidden away in private collections. The second, with six flowers, was destroyed in a bombing raid in Japan during the Second World War.

August – the month when sunflowers bloom and the anniversary of Gogh’s paintings – is an appropriate time to delve into these masterpieces. Here are a few surprising facts about Gogh’s glory on still life:

Vincent made a delightful drawing of a garden bed bursting with soaring sunflowers (he also included a cat and added his tiny signature near the bottom of the wooden bucket). Writing to his brother Theo a week before tackling the four Sunflower paintings, he described it as ‘the little garden of a bathhouse’. Of the four bathhouses in Arles, the closest to the Yellow House was in Rue de Vers (now Place Marius Jouveau), in the then red-light district. This apparently tranquil back garden may well have been a haven behind a rowdy street. It is even possible that Vincent picked the sunflowers for his paintings in this very spot.

On 18 August 1888, two days before beginning the Sunflowers, Gogh complained there was ‘the devil of a mistral – a fierce wind that blows down the Rhone valley. This made it difficult to keep a canvas on his easel. A few days later, there was heavy rain. Vincent then planned to paint portraits, but again he was stymied. As he wrote to Theo: “I’ve missed some models that I hoped to have these past few days.” Unable to tackle portraits inside the Yellow House (his studio was through the green door), he turned to still-lifes.

Gogh did not actually paint the flowers in a pot

Gogh liked to paint what he could see, so it is usually assumed that he placed his sunflowers in a pot in front of his easel. A bunch of sunflowers do not quite fit in rustic pots because their stems are too thick.  Gogh presumably had a similar pot in his kitchen-studio to serve as his model, but the 15 sunflowers were not actually placed in it (Gauguin’s portrait of Vincent making a later copy of his Sunflowers is a partly imaginative scene).

Gogh celebrated the completion of his Sunflowers with a shopping spree

Gogh started his series of Sunflowers on Monday, August 20, 1888 and finished on the following Friday. He then relaxed by temporarily abandoning his studio for a shopping expedition in town. Although notorious for his shabby clothes, he returned with a black velvet jacket of quite good quality for 20 francs (a surprising purchase in the sweltering heat) and a large yellow straw hat. Both items may appear to be hanging behind his bed in the painting he made of his bedroom two months later.

Sunflowers in Polynesia as a tribute to Gogh

In 1901, Gogh’s friend Gauguin, then in Tahiti, painted four still-lifes of sunflowers resting on a chair – a salute to his long-departed friend. He had grown the flowers with seeds imported from France. Later that year, Gauguin set off for the remote Marquesas Islands. In March 1902, he wrote to his Paris dealer, Ambroise Vollard: “Please be good enough to send me by post the flower seeds mentioned on the enclosed list. Get them from the firm of Vilmorin, that is the place where one can be sure of getting fresh seeds.” However, when the seeds eventually arrived in the Marquesas, in 1903, Gauguin had been dead a few weeks before.

A few years ago, the yellow petals and stems of Vincent van Gogh’s January Sunflowers in the Van Gogh Museum, in Amsterdam, were found to be microscopically wilting.

Researchers at the University of Antwerp, in Belgium, and the Technical University of Delft in the Netherlands, after examination of the pigments of the famous painting in the Van Gogh Museum in Amsterdam, concluded that one of two chrome yellow pigments he used is sensitive to light and has a tendency to turn from very pale yellow to an almost olive green or ocher over time. The unstable chrome yellow was encountered in the pale yellow background and the bright yellow petals, but also in the green stems and flower hearts, thus indicating their higher risk for past or future darkening, a report said.

One of the goals of the Van Gogh Museum is to research the life and work of Vincent van Gogh and the art of his time, including his painting techniques and working method and the discoloration of the paintings over time. The latter issue was the focus of the museum’s REVIGO (Reassessing Vincent van Gogh) project conducted between 2013 and 2017. The project was launched to gain a clearer understanding of the extent to which the colours in Van Gogh paintings have diminished in intensity.

Van Gogh once wrote that ‘paintings fade like flowers’. The REVIGO project was focused on identifying the original pigments and colors used by Van Gogh, how they have changed over time, and the mechanisms of the discoloration process. Both traditional and modern analytical methods were used, including advanced image analysis and machine-learning techniques.