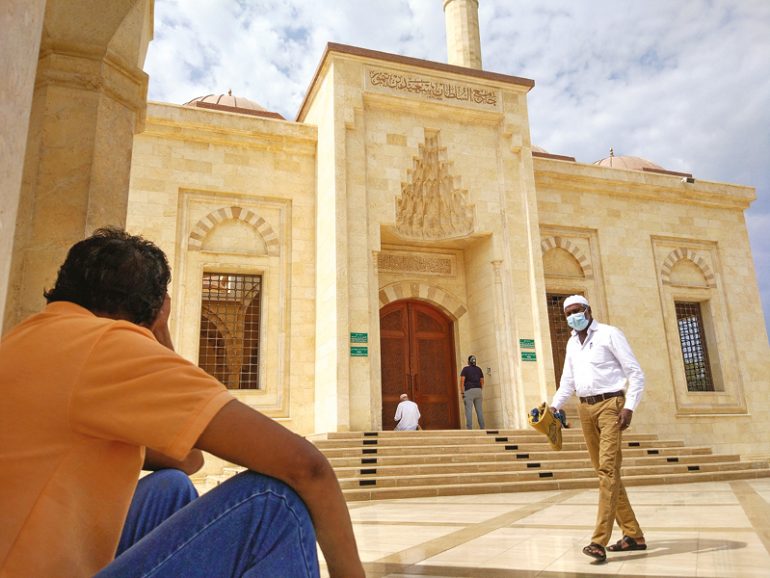 While most activities are now back to normal, discussions and debate continue on allowing worshipers to gather for Friday prayers with many lamenting a long wait. They believe it’s about time jumaa prayers resumed given that the number of COVID-19 cases has come down significantly and a nationwide immunisation programme is gathering pace.

Oman suspended Friday prayers at all mosques in the country in March 2020.

“COVID-19 cases have now dropped and many activities have been allowed to resume. Congregating for Friday prayers needs to be given consideration, too, now given that we take precautionary measures,” said Sheikh Nasser al Jahdhami, imam of a mosque in Azaiba.

According to Jahdhami, two doses of vaccine can be set as a condition to attend Friday prayers. “I think the time is right to open now.”

Worshippers believe leaving a distance of one or two metres will suffice to ensure safety even if it demands praying from outside mosques. “Many activities have reopened, and now the decision of Friday prayer congregations needs to be reviewed as soon as possible. If the authorities allow all mosques in Oman to host jumaa prayers, I don’t think there will be a problem managing social distancing even if it means praying from outside mosques,” said Abdullah al Khaldi, a resident of Amerat.

Seeb resident Anwar Abdullah noted that many countries have opened mosques up for Friday prayers and “it is time for Oman to do the same. The only difference between daily prayers and Friday prayers is the number of those who attend, which I think will not be a problem if people go to bigger mosques”.

An official of the Minister of Awqaf and Religious Affairs, however, informed that there is still no news on allowing congregations for Friday prayers. “The decision lies with the Supreme Committee,” he said.

Mosques in Oman reopened last year for five daily prayers – barring jumaa prayers – after they had been temporarily closed by the Supreme Committee to deal with COVID-19 pandemic.

“The authorities are still discussing the matter and a decision will be announced later,” H E Dr Ahmed al Sa’eedi, Minister of Health and member of the Supreme Committee, said late last year.